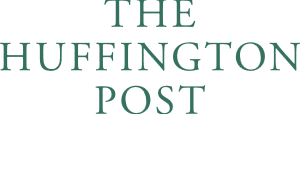 A Huffington Post article about a partnership between Lululemon and the Dalai Lama Center for Peace and Education quoted heavily from anonymous online commenters criticizing the alliance. Because of that reliance on anonymous sources, the Huffington Post suspended three staffers.

Another Huffington Post article drew an editorial rebuke and two more suspensions because no one contacted Fareed Zakaria’s representatives for comment.on accusations of plagiarism.

These five staffer suspensions came to light this month after a report from Capital New York.

Interestingly, Capital New York noted that the suspensions didn’t result from any major ethical lapse like fabrication or plagiarism.

Instead, Capital New York suggested the problem was Huffington Post founder Arianna Huffington got a negative response to the post from the Dalai Lama center and then the criticism of the center was limited and the article was edited to remove anonymous critics.

“There were no errors, fabrications or plagiarized quotes in the story, but a version originally published on Saturday relied primarily on critical anonymously posted comments appearing on the Lululemon website,” Capital New York reported.

In addition to the suspensions of the author of the report, the editor and the copy editor, the Huffington Post’s Oct. 25 Lululemon Dalai Lama article, by Kim Bhasin, now acknowledges the Huffington Post removed the troublesome anonymous comments. The note reads:

“Note: This article has been revised throughout from its original version to remove anonymous quotations sourced from the Lululemon website.”

For the Zakaria story, the Huffington Post suspended a writer and editor for not contacting Zakaria for comment when reporting on accusations of plagiarism against him. That article, “Fareed Zakaria accused of plagiarism … again” was written by Catherine Taibi, Huffington Post’s deputy media editor.

“In an interview with Capital, Huffington denied that she received complaints from either. She said the suspensions amounted to one day with pay, that they were decided upon by a group of four senior editors and that they were necessary because the articles did not meet The Huffington Post’s general editorial standards.”

iMediaEthics wrote to both of the reporters listed on the byline for stories that led to suspensions for confirmation of the one-day paid suspension and for further comment. We also asked Huffington Post for comment and for confirmation that there were five total suspensions, as opposed to any editor being suspended twice