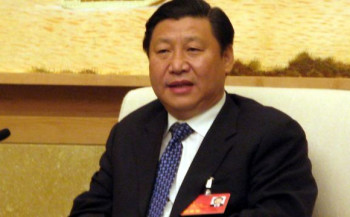 The anchor, who was unnamed by news reports, called the president Eleven Jinping instead of Xi Jinping on Sept. 17.  An anonymous “official” at the station told Reuters the error was “an unpardonable mistake.”

The Wall Street Journal reported that Doordarshan News news director Archana Dutta confirmed “we have removed the newsreader from our team.” The network also tweeted about the error and firing

The anchor was only a “casual” anchor, which means she is “called in only when our regular anchors are not available,” Dutta told the Journal.