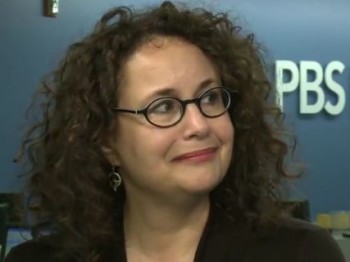 Of the handful of books iMediaEthics has featured in our Books, Authors and News Organizations series, Brooke Gladstone‘s The Influencing Machine is easily the most breezy read.

The book used a graphic novel approach to her 2011 book on journalism, its ethics and its history, with Gladstone, host of NPR’s “On the Media,” as narrator.  Josh Neufeld illustrated the book. Whereas most of the books we’ve looked at so far take a standard textbook approach, Gladstone’s graphic novel was a welcome change, relying on visuals equally with words.  (Flip through a few pages of the book here.)

While the book feature more of an overview than an in-depth look at journalism, it often incorporates history into its narrative.  As Gladstone explains in the book,

“Everything we hate about the media today was present at its creation: its corrupt or craven practitioners, its easy manipulation by the powerful, its capacity for propagating lies, its penchant for amplifying rage. also present was everything we admire — and require — from the media: factual information, penetrating analysis, probing investigation, truth spoken to power.” (20)

Gladstone told iMediaEthics by e-mail that she emphasized history because many of the problems people have with journalism today are the byproduct of issues in journalism decades ago.  Gladstone explained:

“One of my arguments is that much of what people fear about the current media environment – for instance, the incivility – is actually very, very old. It’s the blandness of mid-century journalism that’s the aberration, the product of the economics of television and the politics of the cold war. But I felt I had to start with the invention of the written word to really set the scene.

“Many people have told me that seeing how media evolved (or didn’t) was surprisingly reassuring. We’ve seen far worse than what we’re seeing today and yet the republic survives. Every advance in communications has met with panic.”

Gladstone also argued in the book that “the media do not control you. They pander to you.” As such, she suggested the media is similar to dogs “barking at anything that moves.”

Q & A with Brooke Gladstone

iMediaEthics: Who is the audience for your book?

Gladstone:  Really, anybody who is confused and concerned about our media environment. It’s not an insider’s book or a primer – it’s a manifesto wrapped in a review of several millennia of media history. I’m trying to make a point about what’s old and what isn’t, and what’s our responsibility in this brave new world.

iMediaEthics: What were the biggest advantages and disadvantages to making this narrative in a graphic novel as opposed to a ‘typical’ book? Were you able or unable to do certain things?

Gladstone:  There were enormous advantages. Writing in this way demands enormous mental discipline and economy of expression– you have to know precisely what you mean to say.

I wrote each panel three times: first, just to get out the idea; second, to see if I could cut the words need to express it in half; and third, to come up with an illustration that would enable me to eliminate more words. The difference between an illustrated book and a comic book is that in the former the words support the text. In the latter, they replace the text.

Also, I wanted to approach the intimacy of radio – the medium I know best. I thought that if I could speak in balloons and look my readers in the eye, I would be able to keep them with me as we hopped back and forth through time. Finally, I built my argument on a series of key historical anecdotes and I wanted to make them “sticky.” Pictures are sticky.

The only disadvantage has to do with many people’s outdated notions of what comics are capable of. This book is fun (I hope) but it’s also conveying a lot of complicated ideas.

iMediaEthics: I found it interesting that you featured Helen Thomas in the book, especially given the Society of Professional Journalists’ decision to end the award in her name.  It seems like most Helen Thomas references I’ve encountered in the past year have related to her controversial comments.  Did that controversy factor into your decision to feature Thomas?

Gladstone: Helen Thomas has always been remarkably unguarded, and her recent comments were, in my view, the product of elderly crankiness. They were dumb. But her observations on the role of journalists were still sound and I don’t see the point of wiping a half-century career off the map over some obtuse remarks made at the end of it.

iMediaEthics: What do you think are the biggest ethical issues journalists currently face?

Gladstone: A lack of courage abetted by a lack of resources. For instance, news outlets can’t afford to be sued, so they’ll stay away from investigating litigious industries. They also have, to a great degree, become lightening rods for political discord. That’s happened before, of course, but this is a particularly rancorous time.

iMediaEthics: Is there any aspect of journalism that you wanted to incorporate or discuss but couldn’t?

Gladstone: My biggest concern is that the landscape keeps changing and there’s always another chapter to report. I projected the future to the year 2045, but not in much detail, and with every week there’s a new wrinkle!  But that’s a basic impulse, to keep reporting, right? There’s an observation I cite in the beginning of the book, that being a reporter is as much a diagnosis as it is a job description. Certainly true for me.

Gladstone also focused on the issue of transparency.   As she explained:

“We expect reporters to be ethical and informed. And awake. And damn it, honest and brave.  We expect it.  And yet we don’t expect it.” (45)

Gladstone noted that the Internet has made it harder for news to cover up errors because the public can “challenge and check facts instaneously” and interact with news outlets to lobby for corrections and answers.  As Gladstone explained, “journalism has entered a new era of openness, all in the interest of building trust with news consumers.” (47)

Gladstone also took a stand against advocacy journalism, commenting that “most advocacy journalists don’t have credibility.” (58).  As Gladstone explained,  “Today, reporters aren’t supposed to make the world better. Their job is to tell you what’s going on, so you can make it better.” (112)

Instead, Gladstone promoted journalists’ transparency. She highlighted the debate of whether journalists should provide every bit of possible information that may influence reporting, like journalism professor and author Jeff Jarvis does in his lengthy list of disclosures, or if journalist should just reveal the relevant information and then “disprove charges of bias by doing great journalism.”

For her part, Gladstone argued journalists only need to reveal “potential conflicts of interest, sources and methods whenever they can. That’s relevant context. The rest is just … static.” (115).

Concerning politics, Gladstone commented that journalists “can vote (it’s a secret ballot after all.) Then they should just shut up.” (110)

Gladstone added that while journalists are now aware of and sensitive to the possibility of fakery — especially with photos — now journalists and the public almost expect information to be fabricated. She explained: “The big threat of photoshopification is not that we will believe documents and photos that are fake. It’s that we’ll find it easier to disbelieve documents and photos that are real. When it’s convenient.” (127)

Gladstone, much like iMediaEthics ‘s own columnist David Moore, highlighted the questionable nature of many media polls.  Noting that “news outlets pay the bill for most polling organizations,” Gladstone reminded that since “I haven’t decided” isn’t newsworthy, media outlets often force a response on poll respondents. As a result, polls aren’t always accurate.

As such, she advised “avert your eyes” when it comes to polling. (48)

Gladstone also noted how statistics get repeated over and over again without getting checked. (50)

According to Gladstone,  “every media bias shows up in war reporting, in spades” (71)

Gladstone noted that commercial bias is the “biggest” bias.   We asked Gladstone by e-mail if it’s also the “worst” bias of those she identified.

Gladstone told iMediaEthics by e-mail: “I don’t know if it’s worst. It’s certainly the most common – our obsession with the ‘new-ness’ of news fuels the industry. I should have called it the ‘New-ness Bias.’ But the other biases are just as bad – Bad News Bias, Access Bias, Narrative Bias, Fairness Bias, etc. All of them are baked into the business of journalism, because all of them are baked into us as human beings.”