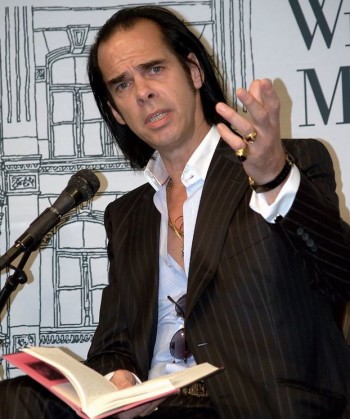 The UK Times unpublished an “inappropriate” article about Nick Cave that had been published days after his son’s tragic death.

“We published a story about Nick Cave and his son in the paper today [Friday July 17], which we later decided was inappropriate. We have now removed it from our digital platforms.”

One of the Australian singer-songwriter Cave’s twin 15-year-old sons died last week after he fell off a cliff.

The Times article, published in print July 17, was titled, “Let your children feel fear, Cave urged before son’s death,” according to the Guardian.

“Nick Cave spoke poignantly about his anxiety at seeing children face up to danger shortly before his teenage son fell from a cliff to his death.

“The singer-songwriter said that as a father the experience of seeing a child encounter fear was one of the most moving things an adult could watch.”

The article was based on an interview Cave did with the magazine Kill Your Darlings. The Times described Cave as “the Prince of Darknes because of his obsession with death and violence.” See the print version of the Times article on Nick Cave via @DanielNothing/The Drum.

According to UK site The Drum, “The piece was widely criticised on social media for failing to take into account Cave’s mourning – linking out-of-context comments to his son Arthur’s fall.”