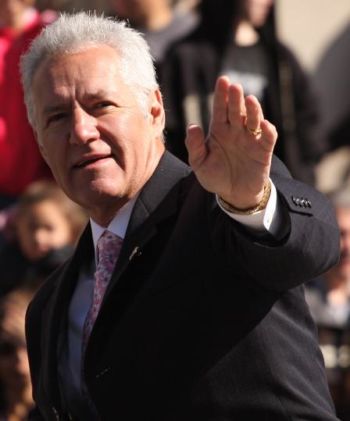 Was Jeopardy! host Alex Trebek hoping that one of the TV game show’s champions, Austin Rogers, would lose? A Toronto Star headline said so, even as Trebek says no. The opinionated headline, which blurred lines between commentary and news, became the subject of a Toronto Star public editor column and a correction, with public editor Kathy English arguing the error is a side effect of the newspaper failing to distinguish clearly between news and opinion.

“The Jeopardy! column and its problematic headline provides somewhat of a case study on confusion between news and opinion and the need to clearly label opinion content so readers understand what is verified information and what is someone’s view,” English wrote in mid-October.

English added that the Star‘s headlines should not be opinionated unless readers are clearly warned that they are. “Headlines in the Star generally should not express opinions unless they appear on articles published on clearly labelled opinion pages, or contain some wording or label to make clear to readers that the headline statement is not a verified fact,” she explained.

The Star‘s piece on Jeopardy! was a column, but readers, based on messages English received, were not clear about that, she said. Moving forward, the Star plans to more clearly label opinion and analysis from news. English mentioned that plan in a September column.

Johanna Schneller, the author of the column, told iMediaEthics she didn’t write the headline, but she thought her piece was clearly an opinion column because her photo accompanied it and she writes columns several times a week. “However, The Star is of the opinion that readers are not clear what is an opinion piece and what is a reported piece, They feel they must take steps to clear that up for readers. I support their decision,” Schneller said.

Schneller’s column argued that Jeopardy! host Trebek disliked Rogers and wanted him to lose. However, Trebek’s representatives at Sony Entertainment contacted the Star to complain that the column was “totally off base.”
“I was surprised to hear from Trebek’s team, especially since he was in the Galapagos. But I forwarded the email immediately to my editors, so they could add it to the piece on-line,” Schneller told iMediaEthics by e-mail.

An editor’s note on the Star’s Oct. 8 piece reads:

“Editor’s note: since this article was published, writer Johanna Schneller has received, via Sony Entertainment, comment from a certain A. Trebek, who stated:

‘Because you are a fellow Canadian I will respond politely…you are totally off base. Austin was fun to be with, and slightly irreverent.’

Jeopardy! airs on CTV and Yes TV. Johanna Schneller is a media connoisseur who zeroes in on pop-culture moments. She usually appears Monday through Thursday.”

The Star also tacked on a correction to remove Schneller’s opinion that Trebek wanted Rogers to lose, and changed the headline. The new headline is “Seems Alex Trebek can’t wait for rogue Jeopardy! winner to lose (now with response from Trebek)” and the correction reads:

“Correction – October 11, 2017: The headline on this article was edited from a previous version. The previous headline  incorrectly stated as fact the columnist’s opinion that host Alex Trebek does not like the nine-time winner, Rogers and ‘can’t wait for rogue winner to lose.'”

iMediaEthics has contacted Trebek’s representatives to ask if he is satisfied with the correction and what prompted them to reach out.