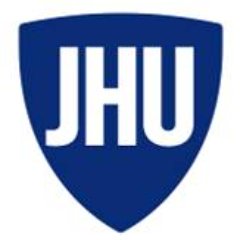 Johns Hopkins student newspaper the News-Letter is appointing its first public editor. The move comes after the newspaper surveyed staff about diversity and how to best represent its community.

The News-Letter surveyed staff about their demographics, and reported on the breakdown in context with the university’s statistics. For example, about “two-thirds” of 70 staff members responded to the survey. “Notably, our paper consists primarily of women and students from minority racial group,” the paper wrote, adding that by being more representative on staff, the paper can better represent the community.

“In order to aid The News-Letter in becoming a more representative student newspaper, we are establishing a new leadership position for the 2019-2020 year: the role of Public Editor,” the paper wrote in an editorial. “The Public Editor will engage with our readership and act as a liaison between our audience and our paper. Generally, public editors serve as a bridge between the audience and the newspaper by responding to reader feedback and criticism. Their job is to ensure that the paper is transparent, relevant and accountable to its readers. We hope that the Public Editor will help us identify and tell the stories that matter most to our readers and to the community that we serve.”

While public editor positions have been few and far between at U.S. news publications, as iMediaEthics has noted, college publications have added the position in recent years.

iMediaEthics has written to the News-Letter for more information about how the public editor position will work.