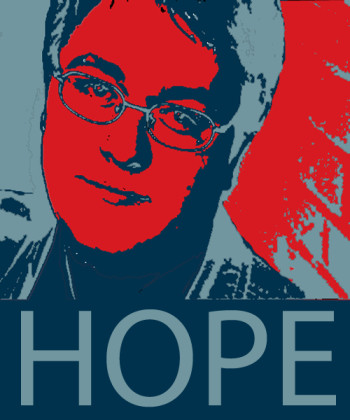 Journalist Johann Hari said it was “incredibly humiliating” and “absolutely devastating” when it was revealed, more than three years ago, that he not only stole quotes from other outlets without attribution but he also posed as another person in order to edit the Wikipedia pages of his critics.

“It was awful, and I wish I hadn’t done it, and I wish I could go back and undo it,” Hari said in a recent interview with the Guardian.

In an interview with the Guardian published Jan. 2, Hari talked about the scandal and said his ethical lapses are not worthy of sympathy.

“I’m very reluctant to go into a personal narrative and give the why,” Hari told the Guardian. “Most people restrain their self-aggrandising and cruel impulses, and I failed to. I failed badly. I think when you do that, when you harm people, you should shut up, go away and reflect on what happened. Going on about myself would just be arrogant and actually repeating being nasty, and that’s what I’m trying not to be. When you f**k up, you should privately reckon with the harm you have caused and you should pay a big price.”

Hari’s interview was timed with the release of a new book he has written, Chasing the Scream, published by Bloomsbury. He spoke to the Guardian about the need for transparency moving forward. “For his new book, Hari has posted audio files online of every interview, so he is obviously worried about his credibility,” the Guardian reported.

Hari left the Independent in 2011 after he was busted for lifting quotes from books, news outlets and websites. At first, he defended his quote-lifting as “normal practice,” claiming that he was just using older quotes from other sources that were better than similar ones his interviewees said to him.

Hari eventually apologized and said he was taking an unpaid leave from the Independent so he could receive journalism training.  In early 2012, Hari said he wouldn’t go back to the Independent.

iMediaEthics asked Hari about the 2011 scandal and how he hoped to gain trust from readers again.  Hari commented that his quote lifting was “an appalling and unjustifiable series of errors of judgment” and that he “rightly paid a big price for this error of judgment.”

“I wouldn’t want to live in a media culture where somebody could do something as obviously wrong as this and not do so,” he wrote.

To back up his work in his forthcoming book, Hari told iMediaEthics he is providing all source material and making his audio interviews available for readers.

“For the past three and a half years of deep research and fact-checking for ‘Chasing The Scream,’ I have aimed to write the most transparent possible book. The book has 45 pages of endnotes, explaining all sources in detail. I am posting online the audio of 400+ quotes used in the book, so if a reader wants to, they can follow along and hear the individuals I am quoting speaking the quotes directly to me. This means anybody can fact-check the book as they read it, in a maximally transparent way. If anybody has any suggestions for a higher level of transparency, I will be happy to respond to them – my email address is chasingthescream@gmail.com – I have aimed to do everything I can think of to show my workings and make them transparent.”

He added, “I know I have a lot of work to do to re-establish trust with my readers, and I will respond to any questions or requests on how to do this.”

We also asked Bloomsbury, Hari’s publisher, about the trust issues. A spokesperson told iMediaEthics by e-mail:

“Bloomsbury stands one hundred percent behind the accuracy and truthfulness of Johann Hari’s Chasing the Scream:  The First and Last Days of the War on Drugs. No one has been more aware of his past lapses of judgment  and behavior than Johann himself, and in reporting and writing his book he has gone to extraordinary lengths to assure the accuracy of everything in the book.  Among the extra steps taken: Hari is posting the audio tapes of his source interviews on line for readers to access; and with the major living figures in the book, he showed them all the relevant passages and went through a detailed fact-checking process with them.  Johann has fully cooperated with us, his publishers, in all matters relating to the documentation, accuracy, and truthfulness of his work and we are immensely proud to be the publishers of this important book.”

“Well, I f**ked up and it’s perfectly right for people to be sceptical. I know I’ve got work to do in regaining trust,'” Hari said to the Guardian.

Also on Hari’s website, readers have the option  to contact him to alert him of any possible errors in his book, iMediaEthics notes.

4 UK News Outlets Publish Quote with Man who said he didn't know he was talking to a reporter
Coronavirus errors: More news media corrections include how to disinfect