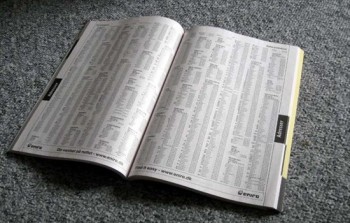 Andy Coulson, the former editor of News of the World, will go on trial yet again this summer.

Coulson’s retrial for accusations of paying police officers for a phone directory for the royal family is scheduled for this June, the Guardian reported.

Along with Coulson, former News of the World royal editor Clive Goodman also will be re-tried. Both face two charges of conspiring to commit misconduct in public office.  Goodman was previously jailed and pleaded guilty to phone hacking back in 2007.

“He and Goodman were accused of paying £1,000 to a police officer at St James’s Palace for a copy of the royal directory known as the Green Book,” the Guardian reported. It was alleged Goodman organised the deal in January 2003, and Coulson approved payment by email.”

Goodman and Coulson deny the claims, the BBC noted.

Coulson was released from jail in November 2014 after serving part of his 18-month sentence for phone hacking.  In addition to the upcoming re-trial for the charges of paying public officials, he also faces a trial in Scotland for perjury related to his testimony in a libel trial.

iMediaEthics also has contacted the Crown Prosecution Service for an update on the status of the perjury charges against Coulson. We’ll update with any responses.

UPDATE: 1/27/2015 12:17 PM EST Scotland’s Crown Ofice and Procurator Fiscal Service communications officer Andrew Coyle told iMediaEthics by e-mail: “There are two dates set for a continued Preliminary Hearing at the High Court in Edinburgh on 2 and 9 February. No date has been fixed for a trial yet.”

“Crown Office and Procurator Fiscal Service (COPFS) is Scotland’s sole prosecuting authority. COPFS prosecutes cases in the public interest after the receipt of initial crime investigation reports from police forces in Scotland. COPFS then decide whether to proceed with any action in the case. The Procurator Fiscal will take a proactive role where necessary in directing police enquiries, particularly in the investigation of serious crime. In Scotland, the decision whether to prosecute a case is one for the COPFS alone, not the police.”