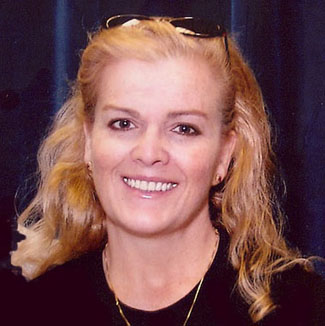 Robin Geist-Wick is pictured in 2006, a year before her death. A jury recently found Stephen Schneider's prescriptions directly led to her death. (Photo use granted by Robert Wick, Robin's widower)

Special Report, Part 2: Since 2005, Ron Sylvester has led The Wichita Eagle’s coverage of the civil cases and criminal case of “pill mill” doctor Stephen Schneider, and his nurse wife, Linda Schneider. Yet, as iMediaEthics has been reporting, Sylvester has an undisclosed conflict of interest: In none of his 80 reports on the couple and their clinic, who have been charged with links to 68 deaths, does Sylvester disclose that his wife’s law firm represents the Schneiders’ clinic in at least 23 related civil suits. The Schneiders were recently found guilty of most of the 34 counts in the federal criminal case and will soon be sentenced. Part 2 of our report explores the depth of The Wichita Eagle reporter’s continuing  conflict of interest.  See Part 1 of our special report here. See Part 3 here.

Robin Geist-Wick, a mom and homemaker, lived to help others, her husband of 17 years says.

Remembered by her widower, Robert Wick, as bubbly and outgoing, Robin Geist-Wick devoted her time and energy to volunteer work throughout the 1990s. He describes how she was devoted to helping unwed pregnant girls at the Bethlehem House in El Dorado, Kan. Anita Hildreth, an employee at the Butler County Safehouse, remembers Robin answered phones and spoke with victims of violence in the early to mid-90s. Hildreth said that she liked Robin and that she remembers Robin “was a very sweet person.”

But in 2007, at age 45, Robin Geist-Wick died from an overdose of medication prescribed for her chronic migraine headaches by Dr. Stephen Schneider, according to both an autopsy and the jury’s decision.

She had started going to the family practice clinic run by Stephen and Linda Schneider in 2004 on a recommendation by a spouse of a relative, her husband said.

To manage the pain of her migraines, which she had suffered since the 1980s, Dr. Schneider prescribed her fentanyl lollipops.

The lollipops, manufactured by Cephalon, are “intended solely for the treatment of breakthrough cancer pain in chronic opioid tolerant cancer patients” and contain fentanyl, an opioid roughly 100 times stronger than morphine.

Wick said his wife was using four of these lollipops a day, as prescribed by Schneider. This meant that she was using about 140 per month, which is four times the recommended safe dosage.

She signed a “pain management agreement” with the clinic on Feb. 3, 2005, that instructed her to have her prescriptions filled only at Dandurand Drugs pharmacy in Wichita. Wick told iMediaEthics that he thought it was strange but Schneider instructed his wife to only use that pharmacy because the doctor and the pharmacist “played golf together.”  View the agreement here and here.

The agreement stated at the top that Schneider Medical Clinic “is a family practice clinic; we are not pain management specialists. We believe treating pain is a basic duty of family practice. If your pain is not controlled or want to see a pain specialist we will be happy to refer you to one” (sic).

While the Schneiders presented their Haysville, Kansas clinic as a family practice clinic, it was also referred to as a “pill mill,”  because patients were frequently prescribed usually hard to legally obtain controlled medications.

On June 24, 2010, the Schneiders were convicted after a seven-week trial and week long jury deliberation in the 34-count criminal case tried against the couple by assistant U.S. attorneys Tanya Treadway and Alan Metzger in Kansas.

Stephen Schneider, who prescribed the medications, was found guilty of 19 out of 34 counts: He was convicted on one count of conspiracy, five counts of unlawfully dispensing controlled substances, 11 counts of health care fraud, and two counts of money laundering.

Linda Schneider, a practical nurse who ran the clinic, was found guilty of 32 out of 34 counts. She was convicted of one count of conspiracy, five counts of aiding and abetting the unlawful distribution of controlled substances resulting in serious bodily injury or death, 11 counts of health care fraud, and 15 counts of money laundering.

But, that verdict didn’t necessarily bring joy to victims’ families.

Neither did Robin’s husband, Robert, and his significant other, Denise Zeigler find comfort in the verdict.  Zeigler told iMediaEthics by phone that they were at Robin’s gravesite when they got the call that the verdict would be announced soon.  They rushed to the courthouse, but were a few minutes late and not allowed in the courtroom.