Katie Hopkins Duped, M25 Won't be Shut Down for a Week - iMediaEthics

Katie Hopkins Duped, M25 Won’t be Shut Down for a Week 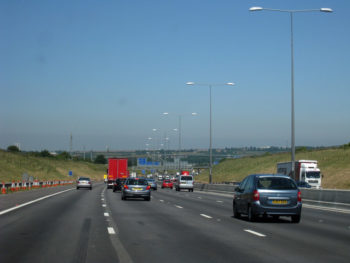 “This was by far our finest ever moment,” satire site Southend News Network told iMediaEthics. The moment in question? British journalist Katie Hopkins was duped by its satire story claiming British highway the M25 would be shut down for a week for an endurance race.
In a late July show for London’s LBC Radio, Hopkins said she planned to attend the alleged event so she could make fun of the participants.

“Well I’m up for that if only to go and mock people that are causing such chaos and havoc. I wonder if that’s going to go down very well, shutting the M25 motorway,” she said, the Telegraph reported. Hopkins is a Mail Online columnist and LBC Radio host.

Southend News Network told iMediaEthics, “We were able to listen to her reading our story practically line by line, live on air to five million listeners – we were astonished that she never realised how ridiculous she sounded.”

iMediaEthics has written to Hopkins and LBC Radio for comment.

The April 13 fake story, “M25 to close for ONE WEEK in Summer 2016 for ‘The Ultimate Endurance Race,‘” came from a hoax story on the Southend News Network, whose “About” page clearly describes the site as satire, reading:

“Southend News Network was originally started in October 2015 with no real aims or objectives in mind other than to add a satirical/spoof-like touch to issues that people are passionate about in Southend On Sea. Above all else, SNN is all about having the occasional ‘dig’ at the powers that be, as well a slightly bigger and more frequent ‘dig’ at certain elements of local media!”

“Just to clarify, the M25 will not be closed,” she said on air, according to the Telegraph. “I’m quite sad actually because I was quite looking forward to going. But just to verify that won’t be happening next week. I would also say there have been much bigger spoofs that I have probably been caught out on.”

Southend News Network posted audio of Hopkins reporting on the false story and then correcting.

In July, Southend News Network posted a story saying the acting bureau chief of the Associated Press in London contacted it to learn more about one of its stories without knowing it was a spoof site. iMediaEthics has asked the AP for confirmation.

Last year, iMediaEthics reported on Hopkins’ controversial column for the UK Mail Online, in which she compared migrants to cockroaches. She also stirred controversy after wrongly accusing a Guardian writer of desecrating war memorials.

Katie Hopkins Duped, M25 Won’t be Shut Down for a Week