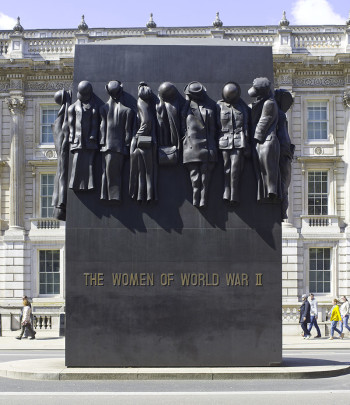 Monroe’s biography on the Guardian website identifies her as “an award-winning campaigner, columnist and author.”

“After the words ‘f**k Tory scum’ were sprayed on a war memorial, New Statesman contributing editor Laurie Penny said on Twitter: ‘I don’t have a problem with this. The bravery of past generations does not oblige us to be cowed today.’ Hopkins, who at the time worked for The Sun, apparently mixed up the two columnists.”

Monroe’s lawyer Mark Lewis told iMediaEthics his client filed a lawsuit seeking libel damages “limited to £50,000 arising out of an attack by Katie Hopkins to her 600,000 Twitter followers.”

“It would not be appropriate to make any other comment whilst this matter is before the court,” Lewis added. “Jack Monroe was left having to respond to an attack that she condoned the vandalism of a War Memorial, despite coming from a military family, both her father and her brother serving in the armed forces.”

Hopkins had tweeted May 18 to Monroe, “scrawled on any memorials recently? Vandalised the memory of those who fought for your freedom. Grandma got any more medals?” Monroe tweeted back calling for her to “hit delete and say sorry. This is a blatant lie & my lawyer has it in her inbox. Bring it.”

“Hopkins responded by deleting the tweet but not apologising after discovering that the subject of her ire should possibly have been writer Laurie Penny, who has written for the Guardian and New Statesman, for a post in which she offered support for those protesting,” the Guardian reported.

Monroe denied the claims, pointing to her family’s military past. She also asked Hopkins to apologize and donate to a charity else she would sue over the claim. Two weeks later, Hopkins admitted the error on Twitter.