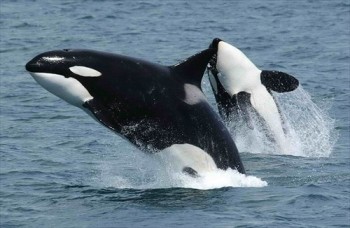 The Digital Journal falsely claimed Kiska, a killer whale at Marineland, a Niagara Falls theme park and aquarium, was sick.

The Digital Journal, which identifies itself as a “global digital media network with thousands of members and content creators in 200 countries,” published a lengthy retraction Nov. 25 apologizing “unreservedly” for the false information and for not reporting that the whale’s health had been examined and “thoroughly reviewed.”

Marineland, which houses Kiska, sued Digital Journal and the author of the article, Elizabeth Batt, according to the Niagara Falls Review newspaper. Its lawsuit called for $600,000.

The July 28, 2014 online article was titled “Killer whale at Marineland appears to be ailing.”

But the retraction, four months after publication, stated: “The article failed to reference a number of publicly available, independent investigations into Kiska’s health,”

“Upon further review of the allegations contained in the Article, Digital Journal retracts the Article in its entirety,” the network wrote in a retraction on its website.

The retraction listed information that was left out of its article: “Specifically, the article failed to mention that Kiska’s health and care has been thoroughly reviewed with the full zoo inspection team of the OSCPA [Ontario’s SPCA], and experts from CAZA [Canada’s Accredited Zoos and Aquariums], and that no issues of concern with Kiska’s health were noted,” it says.

The retraction also said OSPCA’s zoo inspection team “found no issues of concern with Kiska’s health” last month and that Marineland says the whale is “healthy and well cared for” and “monitored daily,” among other points.

Marineland complained to Digital Journal that it was wrong to say the whale was sick. Further, Marineland said the whale is “in the largest pool housing a Killer Whale in the world” and that the water is clean and frequently checked. “The water system has been independently reviewed and approved by Stantec, recognized experts in water filtration systems,” the retraction said Marineland stated. Further, Marineland told Digital Journal that the whale has teeth in “good condition for her advanced age” and eats “high quality fish.”

iMediaEthics has written to Marineland and Digital Journal for comment.