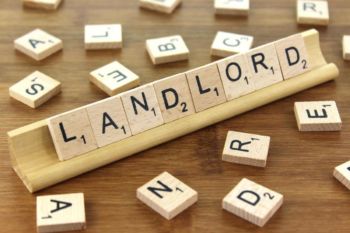 The Daily Record in Scotland published one doozy of a clarification after wrongly reporting a landlord threatened to shoot his tenants. The Record‘s March 28 story, “Scum landlord banned after threatening to have tenants shot is back raking in rent cash,” claimed Mark Fortune wasn’t allowed to become part of the Edinburgh Council’s Landlord Register because of the alleged threats. The article also claimed he didn’t fix a drain and that he used a disability parking pass even though he didn’t need one.

Fortune complained to the Independent Press Standards Organisation over the article, listing a series of errors and problems with the story. For example, Fortune said he didn’t get into the council because he didn’t meet the “fit and proper person” test due to his convictions for previous threats. He said he used a disability parking pass because he was with someone who was entitled to the pass, and that he tried to respond to the drain problem.

According to a 2016 BBC article, Fortune pleaded guilty to “threatening people with violence, one of assault and four of obtaining money by fraud.” Fortune also fessed up to “sending threatening emails and attempting to pervert the course of justice. The City of Edinburgh Council’s government website said in 2013 it refused to let Fortune rent property because of his previous offenses, like a fine for renting unlicensed property and threatening tenants.

The Record offered to post a clarification and footnote at the bottom of its online article, which resolved Fortune’s complaint, IPSO said. iMediaEthics has written to the Record‘s editor to ask how the tenant shooting error happened and why the Record settled instead of having IPSO rule. We also asked if the original story was published in print and, if so, whether the clarification would be published in print.

“Following our article of March 28, which reported that Mark Fortune had been banned from being a landlord ‘after threatening to have tenants shot’ and would not fix a problem with a drain, we would like to make clear that he was refused entry to Edinburgh Council’s Landlord Register on the basis of a number of spent convictions, not one specific conviction, did not threaten to shoot his tenants and was not convicted of a threat to harm or kill but of a breach of the peace‎. Mr Fortune says he did everything in his power to fix the communal drain by arranging for the council to attend, for which he says the neighbours were jointly liable. Mr Fortune also says that his rental rates are at the lower end and not uncommon for Edinburgh.”