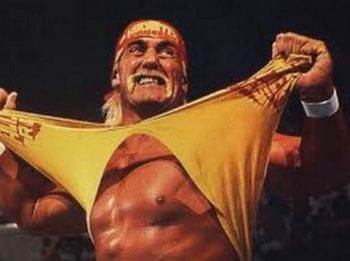 Hulk Hogan’s lawsuit against Gawker has been a hot topic in the news this week. Not only did a Florida judge dismiss Gawker’s attempt to get the verdict thrown out or the damages reduced, it was revealed that Paypal co-founder Peter Thiel was bankrolling Hogan’s lawsuit.

In case you’ve been living under a rock: Hogan sued Gawker for invasion of privacy after it published an excerpt of a sex tape showing Hogan with his friend’s wife. In March, a Florida jury ruled in favor of Hogan and ordered Gawker to shell out $140 million. Thiel, a Silicon Valley billionaire, confirmed (after Forbes and the New York Times reported) that he was paying for Hogan’s lawsuit against Gawker, which nine years ago reported that Thiel was gay.

“Your revenge has been served well, cold and (until now) anonymously,” Denton wrote of the 2007 blogpost on Thiel’s sexuality. “You admit you have been planning the punishment of Gawker and its writers for years, and that you have so far spent $10 million to fund litigation against the company. Charles Harder, the Hollywood plaintiff’s lawyer who has marshaled your legal campaign, is representing not just the wrestler Hulk Hogan on your behalf, but two other subjects of stories in suits against Gawker and its editorial staff.”

Denton listed several cases where Gawker published unflattering coverage of Thiel, his friends or companies he is involved with, pointing out that therefore Gawker might be “irritating” since it is critical of Silicon Valley.  Denton wrote:

“For Silicon Valley, the media spotlight is a relatively recent phenomenon. Most executives and venture capitalists are accustomed to dealing with acquiescent trade journalists and a dazzled mainstream media, who will typically play along with embargoes, join in enthusiasm for new products, and hew to the authorized version of a story. They do not have the sophistication, and the thicker skins, of public figures in other older power centers such as New York, Los Angeles and Washington, D.C.”

“And I can see how tempting it would be to use Silicon Valley’s most abundant resource, a vast fortune, against the harsh words of the writers of a small New York media company. We have our devices; you have yours.”

However, Denton argued the lawsuits against Gawker and its staff is “vindictive,” personal, and harming staff writers. Now that Thiel is known to be backing the lawsuits, Denton wrote that he “will be subject to a dose of transparency” which “will be gruesome.”

Instead, Denton suggested they have “an open and public debate” either in person or in writing, which might be “more constructive.”

Denton also listed a series of questions for Thiel including how many and which cases Thiel is funding, if Thiel is paying Hogan or receiving any money from the verdicts, and what his goal is.

iMediaEthics has written to Thiel for a response.

Then on Friday, May 27, the New York Post revealed the eBay co-founder Pierre Omidyar, who has his own news publisher First Look Media, is planning to file amicus briefs to help Gawker fight the Hogan verdict.

“By filing the amicus briefs in support of Gawker, First Look could effectively elevate the trial into a First Amendment rights case by pitting Thiel against dozens of media organizations — many of which are owned by other billionaires,” the Post reported.

Omidyar tweeted about the involvement of Thiel, who supports Donald Trump in his bid for U.S. president and is a Trump delegate in California, in the cases.

Agree, and I'm glad more people are thinking through the implications, including dominance of social media cos https://t.co/h1yCn6oPNJ

Also, I've never met Peter, respect his work as vc, and obv disagree on Trump and press. There is no "bad blood." https://t.co/2XCZVMyaes

So Thiel agrees with Trump's plan to muzzle press that criticizes government, obviously. That's why he supports him? https://t.co/YsYFSV7emR

In a statement sent to iMediaEthics, Gawker said  “We welcome the support at the appellate level.”