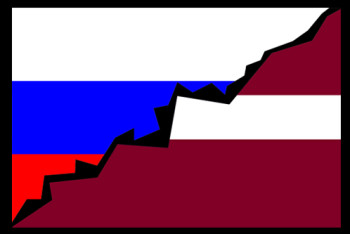 UK Channel 4 broke broadcast regulations when it used the wrong audio clip with a report on “Russia’s foreign and military policy in Eastern and Western Europe,” broadcast regulator OfCom ruled.

The Nov. 17 segment on Channel 4 News plays a clip of a UK military pilot in British airspace warning a Latvian plane it could be shot down, but wrongly suggested the plane was Russian.

The report focused on Russia and said in part that “the chill winds of Cold War style frozen conflict are blowing from the Baltics all the way to the Caucasus.”

After showing a map of former USSR countries protests and more, Channel 4 aired an eight-second audio clip of the UK military pilot “giving a warning to an aircraft in British airspace” saying that “if you do not respond immediately to my order you will be shot down.”

But the plane was Latvian — so the report on Russia was misleading to include that incident.  Specifically, OfCom said the report violated its standard for accuracy: “News, in whatever form, must be reported with due accuracy and presented with due impartiality.”

Channel 4 apologized for the error, telling OfCom the warning to the Latvian plane “was not the correct choice of audio to illustrate the point.”

Channel 4 said its staff thought the plane was “under Russian control” but later added a correction on its online video from the broadcast.

The correction in the online video states:

“Correction: The report above broadcast on 17 November 2014 previously included an audio of a warning given to an aircraft. The impression given was that the warning was directed at a Russian aeroplane. In fact the recording was directed at a Latvian-controlled plane not a Russian- controlled plane. We apologise for the misimpression given and are happy to set the record straight.”

OfCom ruled that despite the correction, Channel 4 broke the code. And “Given the tensions between the West and Russia, and President Putin’s early exit from the G20 summit” it was important for reports to be accurate, OfCom stated.

“All news items must be ‘reported with due accuracy,'” OfCom said, pointing out that Channel 4 had plenty of time to get the report right. “Given that this news report was pre-recorded, and broadcast three weeks after the incident involving the Latvian plane that had widely reported in the press, we considered that Channel 4 News could and should have identified the error before broadcast,” OfCom stated.