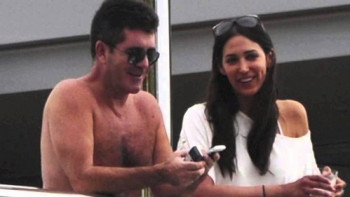 Even wealthy celebrities like Simon Cowell of reality shows American Idol and X Factor still use the UK Press Complaints Commission as an alternative to filing libel lawsuits.

Both Simon Cowell and his partner Lauren Silverman filed complaints to the PCC over a Nov. 16 Mail on Sunday article about the pair.

Cowell and Silverman had a baby boy together in mid-February. Silverman divorced her husband Andrew Silverman in November.

Both Cowell and SIlverman complained about the article’s accuracy, and she alone cited privacy violations regarding reporting on her children.

The couple had tried to negotiate directly with the newspaper. The PCC report stated they “engaged in direct correspondence with the publication prior to the PCC complaint but considered that it had not provided a satisfactory response,” the PCC wrote in its reports.

Following their successful PCC filing, the Mail has now published a clarification and apology specifically for its false claim that Silverman left her son alone for Christmas to vacation with Cowell.

The statement, published Feb. 22 on the Mail’s website, reads:

“A diary item on November 16, 2013 said that Lauren Silverman would join Simon Cowell in Barbados for Christmas even though it would mean separation from her young son. We are happy to clarify that Ms Silverman enjoyed Christmas with her son, as had been planned, before joining Simon Cowell. We apologise for any upset caused to Mr Cowell and Ms Silverman.”

The Mail never disclosed it unpublished the article in question, but iMediaEthics didn’t find it on the Mail’s website. Cowell’s name as a keyword search on the Mail’s website produces lots of results about the X Factor host, including many in November. But, there were no articles with the Nov. 16 dateline. We’ve asked the Mail about this and will report any response.

iMediaEthics has also written to Silverman’s lawyers and Cowell’s publicist. We’ll update with any additional information