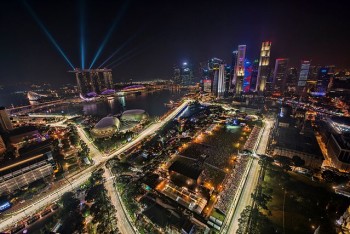 Three of the Water Services officials named in the report are suing the newspaper and its editor David Lindsay over the article,” Government silent on WSC CEO’s Singapore grand prix visit.”

Searches on the Independent’s website for “Singapore Gran Prix” produced no results, but according to Maltese news stories, the article questioned the three officials’ stay in Singapore.

“The article, written by journalist Neil Camilleri, claimed that the government had failed to explain who paid for an extra three-night stay in Singapore and tickets for the Gran Prix for the three WSC officials,” Malta Today reported.

iMediaEthics is writing to the Malta Independent for comment on the libel action.

Meanwhile, another Malta publication’s former editor was just fined for libel, The Times of Malta reports.

I’orizzont’s Frans Ghirxi must pay father and daughter Frank and Maria Alexia Psaila a total of €5,000 for publishing a libelous letter to the editor about nepotism.

The 2009 letter to the editor accused the father of getting a job for his daughter in the civil service.

The Times of Malta reported, “The letter referred to a particular position, for which Mr Psaila’s daughter, Maria Alexia had applied for and been given as a clerk in ETC. It alleged that the other candidates were purposely weeded out by the board who carried out the job interviews so as to give Ms Psaila the job specifically because her father was the permanent secretary in the Gozo ministry.”

However, a recent court ruling determined the letter was libelous.

iMediaEthics has recently covered several libel lawsuits involving the Malta media.  Last month, a Maltese politician filed a lawsuit against I’Orrizont for libel. In a separate January case, a Malta court ruled that I’Orrizont libeled two journalists with a report saying that the journalists were sending millions of dollars abroad.