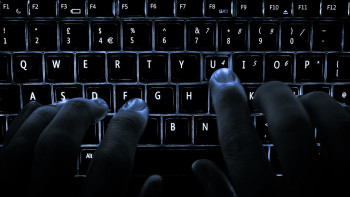 Keys responded to the ruling, telling iMediaEthics by e-mail, “It’s bulls**t. We are appealing.”

“In 2010, Keys posted login credentials to the Tribune Company content management system (CMS) to a chatroom run by Anonymous, resulting in the defacement of an LA Times article online. The defacement was reversed in 40 minutes, but the government argued the attack caused nearly a million dollars in damage,” Sarah Jeong reported for Vice-owned news site Motherboard. Keys used to work for KTXL, a Fox-affiliate in Sacramento owned by the Tribune Company.

“Court documents say the hacking cost Tribune nearly $18,000 for the 333 hours that employees spent responding to the hack. But Keys’ attorneys said restoring the original headline, byline and first paragraphs of the story took less than an hour and the cost falls below the $5,000 loss required to make the violation a felony.”

Keys was fired as deputy social media editor for Reuters back in 2013 for his tweeting related to the Boston Marathon bombings, as iMediaEthics wrote at the time. He previously was suspended after being charged by the Department of Justice. He is the managing editor for news site Grasswire. (More on Grasswire here.)

In a press statement about the verdict, U.S. Attorney Benjamin B. Wagner said,

“Although this case has drawn attention because of Matthew Keys’ employment in the news media, this was simply a case about a disgruntled employee who used his technical skills to taunt and torment his former employer. Although he did no lasting damage, Keys did interfere with the business of news organizations, and caused the Tribune Company to spend thousands of dollars protecting its servers. Those who use the Internet to carry out personal vendettas against former employers should know that there are consequences for such conduct.”

Tribune Media Company spokesperson Gary Weitman said to Reuters: “We are pleased that the justice system worked. We will let today’s verdict speak for itself.”

Keys will be sentenced in January.