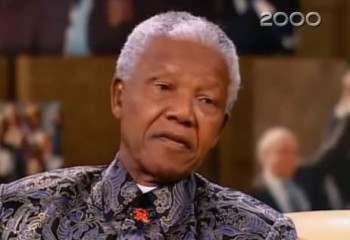 Last month, former South African president Nelson Mandela returned to the hospital. Because of the intense interest in his health condition, Mandela, who was wrongly reported by a German media outlet as having died, is currently the subject of contradictory claims and his family has criticized the media’s reporting.

Below, check out a round-up of three major criticisms of the media’s coverage of Mandela’s latest hospital stay.

1. Did Mandela go into Cardiac Arrest?

Maharaj accused the media of invading Mandela’s “patient confidentiality,” according to The New York Times.

The Times pointed to CBS News’ story claiming Mandela had a cardiac arrest, which Maharaj said didn’t happen. On June 21, CBS News said of June 8: “We now know that Mandela went into cardiac arrest that night and had to be resuscitated.”

But, on June 24, CBS News back-tracked a little by saying that South African president Jacob Zuma said in a statement the cardiac arrest story was bogus. Zuma is quoted as saying:

“The doctors also dismissed the media reports that Madiba suffered cardiac arrest. There is no truth at all in that report.”

2. Was there a Ban on Visitors?

The Star on Sunday’s June 10 story, “Ban on Mandela visitors,” doesn’t list any sources for its claim about the ban, but noted that it was unable to obtain any comment from Mandela’s family spokesperson or Maharaj.

Maharaj suggested the media was twisting the fact that “there are limitations on visitors” given that Mandela is in “intensive care.” The story read in part:

“The Star understands that the family have barred everyone – including government leaders and senior party officials – from visiting the ailing icon, who was rushed to Pretoria’s Mediclinic Heart Hospital around 1.30am on Saturday.”

According to The Irish Times, ANC spokesperson Jackson Mthembu added that the family said it denied the claim. He said, “We have spoken to the family about this report and they deny that they issued such an instruction or spoke to the media on barring the ANC and government from visiting Madiba.”

Mthembu also criticized the media’s “unwarranted speculations” and called for “privacy and respect.”

While there are no corrections on that Star on Sunday story about the ban on visitors, the Star did somewhat row back its reporting by publishing a story on June 10 saying that the African National Congress was “unaware of Mandela visitors ban” and another June 10 story saying that the ANC confirmed with Mandela’s family that the story isn’t true.

Mandela’s ex-wife Winnie Mandela, commented on some of the media coverage of Mandela’s health condition, saying that the media has made “insensitive statements” about his impending death.

And, Nelson Mandela’s daughter Makaziwe Mandela called the media “vultures.” She said in an interview critical of what she said was the media’s invasive coverage of her father:

“There’s sort of a racist element with many of the foreign media where they just cross boundaries. You have no idea what’s happening at the hospital. … it’s like, truly, vultures, waiting when a lion has devoured the buffalo, waiting there to, you know, for the last carcasses.”

In June Germany’s Deutsche-Welle wrongly posted an obituary for Mandela on its website. Deutsche-Welle told iMediaEthics that the story was posted “due to technical difficulties.”

And in 2011 the Times of South Africa tweeted wrongly that Mandela was in the hospital after seeing an erroneous tweet from a radio host. The radio host, Bob Mabena, said he had been watching “reruns” of a program about Mandela being in the hospital, thought it was news and not old, and tweeted to his followers about it. But, he didn’t realize he was wrong and thus did not apologize for tweeting the bad information until after the Times picked up the claim.