Media Protects Their Anonymous Sources ...But not Rihanna's Privacy when she's a Crime Victim 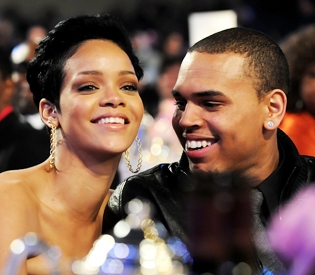 Huffington Post reported that Los Angeles Times writer, Andrew Blankstein, was the first to reveal pop star Rihanna as the victim of an alleged attack by singer Chris Brown on February 8. The only problem was the Los Angeles Police Department never released the singer’s name.

Although this information was easy enough to come across or even deduce given that both parties canceled their appearance that night at the Grammy’s, the Times’ decision to release a Rihanna’s name raises questions regarding the privacy rights of victims.

Blankstein continued to say the high profile nature of the case made the revelation “fair game.”  Other media outlets apparently agreed. News providers got around the hurdle  LAPD provided by citing anonymous sources “close to the couple,” “close to situation,” “police sources ,” as well as “sources.” and even “internet reports.”

What this boils down to: It appears that mainstream media is more willing to protect both the rights of anonymous and potentially tainted tipsters than the probable victim in this case.

While it can be argued that Rihanna’s high profile life make her a figure of public interest publishing something merely because one can or the others are doing it, is not particularly ethical.

Feministing.com weighed in: Rihanna “has the power and influence to make a statement, get the help she needs and take whatever legal means she needs to. But what if she doesn’t want to? What if she doesn’t have the support she needs? There is a strong possibility she will be demonized by the media as well. When the mainstream media covers domestic violence, it is generally not on the side of empowering women, but instead how the legal system victimizes men. “

In its section on minimizing harm, the Society of Professional Journalist’s Code of Ethics recommends journalists should “show compassion for those who may be affected adversely by news coverage.”  The code continues to state that journalists should “show good taste” and “avoid pandering to lurid curiosity.” StinkyJournalism.org presumes these values also apply to celebrities.

An earlier part of the code also warns journalists of the perils using anonymous sources, stating that journalists should “identify sources whenever feasible.”

The LA Times demonstrated the more seedy, bottom of the barrel side of journalism by rushing to be the first news outlet to reveal Rihanna’s identity to the public. Hopefully justice can still be served.