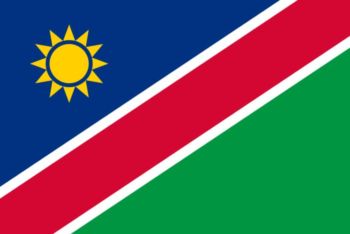 The Namibian admitted”failing” its readers by publishing a fake story. But then, the kicker was that the newspaper–the widest circulating daily in Namibia–admitted it published fake stories about the same person four times!

“Recently (and on three previous occasions in 2015, 2016, 2018) we published a story that fell way below standard,” The Namibian‘s acting editor Christof Maletsky conceded.

The Namibian‘s stories reported on a woman and her academic achievements, but the newspaper said it discovered later that she “forged her qualifications.” The woman was the only source for the story. A follow-up story by the newspaper explained that the woman claimed she was enrolled at Harvard Medical School’s veterinary school, but Harvard doesn’t have a veterinary school.

“The first two were in our YouthPaper, an educational supplement and were profiles meant to encourage her peers on the importance of studying to achieve a better life,” Maletsky told iMediaEthics. “The third one was published after she informed us that she was admitted to Harvard and was again a follow up to previous ones to show her progress while the fourth one stated that we subsequently found out that her qualifications which she had shown us were fake.”

Maletsky told iMediaEthics by e-mail The Namibian published its apology on the front page. “A colleague of hers where she works, tipped us off,” Maletsky explained. “We also started suspecting that some details did not add up. Her workplace and the university where she had supposedly studied confirmed  that the qualifications were fake.” Maletsky said that the woman hasn’t responded to the newspaper’s calls and e-mails, and deleted her social media.

“We dropped the ball by not following basic journalistic standards” in verification and sourcing, Maletksy said in the printed apology.

“We recognise that our failure to verify information has negative consequences for our audience,” Maletsky continued. “It is a failure that occurs seldom, but which reminds us not to drop our guard as independent journalism plays a crucial role in society. We should make sure to maintain high levels of accountability and responsibility.”

Maletsky added to iMediaEthics, “As stated in our apology, it was a case of not checking out the claims and just taking the fake papers for granted.” He continued,

“If we had done the basics of getting more voices into the profiles, for example by checking with one of the universities, we would have picked up the false claim. As a newspaper of repute, we took it upon ourselves to apologise to our readers instead of just putting in a ‘matter of fact’ or ‘correction’. We owe it to our readers. They need to know that they can trust us and such trust starts with admitting a mistake.”

iMediaEthics wrote to her employer in an attempt to contact her; Skorpion Zinc Mine & Refinery responding sending iMediaEthics a press release stating it suspended the woman, who ended up resigning before a disciplinary invesigation.

Corrected headline; the Namibian did not delete the four stories. Thanks to @IPPRNamibia and @GwenLister1 for flagging!