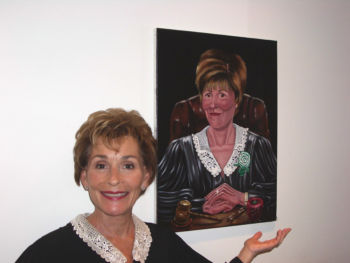 Judge Judy could very well throw the book at the National Enquirer and National Examiner. The two gossip tabloids, both owned by American Media Inc., claimed the iconic CBS television personality was not only suffering from Alzheimer’s disease but had also cheated on her husband.

Lest readers think the publications only focused on Judge Judy, they also claimed her daughter, Nicole Sheindlin, refused to serve on a jury and would have to go to jail.

iMediaEthics has contacted American Media Inc. to ask if the judge filed legal action over the articles, how many articles contained false claims, and if the apology will be published in print. We’ve also contacted Judge Judy’s representative to learn more.

The two sites published an apology on the Enquirer‘s website Sept. 20 that reads,

“The National ENQUIRER and sister publication The National Examiner recently published articles which stated that Judge Judy Sheindlin suffered from ‘brain disease,’ was ‘fighting’ both Alzheimer’s and depression, and is ‘hiding a heartbreaking medical crisis.’

“We also published articles which stated that Judge Judy cheated on her husband, and that her daughter Nicole Sheindlin faced jail time for refusing to serve on a jury.

In 1981, the actress Carol Burnett won $1.6 million in damages from the National Enquirer after it claimed in a 1976 story she was drunk at a Washington restaurant with then-Secretary of State Henry Kissinger.