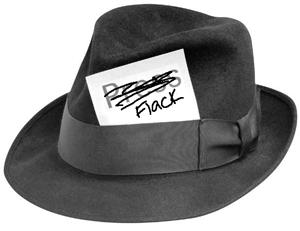 94 percent of journalists and editors surveyed said they "use information from PR professionals." 84 percent said they "regularly use press kits."

A survey conducted by media intelligence company Cison in conjunction with George Washington University showed rather unsettling results about the way journalists glean their information.

The study, which was conducted in November and December of last year surveyed 750 editors and journalists from both traditional and new media to examine their news-gathering methods.

A staggering 94 percent said they “use information from PR professionals.”  84 percent said they “regularly use press kits.”  Given that public relations practitioners serve as advocates to one side of a story these results are troubling.  If one side of a story has polished professionals sending out neat and helpful packets to journalists, does any other side have an equal chance of being heard or reported?

The study revealed that even though PR submissions are important to journalists, they still took second place to Websites as most important for identifying or developing story ideas.  The report discovered that “90 percent [are] using it as their primary tool overall in editing and reporting.” This dependence on the Internet, as opposed to interviews with “real people,” may save time but is questionable in terms of best practice truth- seeking and verification methods.

For “identifying or developing story ideas” the report concluded:

Overall, this study suggests that in a media industry under fierce financial pressures, journalists and editors are highly exposed to and, in fact, utilize, one-sided and biased public relations materials.