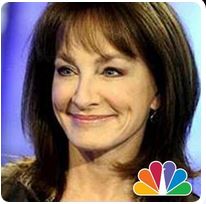 Snyderman, who was with NBC News for nine years, said in a statement that part of the reason she is leaving the network is the situation that occurred during last year’s Ebola epidemic.

As you may remember, Snyderman went to Liberia to cover the Ebola outbreak. However, when she returned to the United States she violated a voluntary quarantine set up because one of the members of her team contracted Ebola. After local New Jersey news site Planet Princeton exposed the fact that Snyderman broke the quarantine, she was placed under a mandatory quarantine.

In her statement about leaving NBC News, she said in part, “Covering the Ebola epidemic last fall in Liberia, and then becoming part of the story upon my return to the U.S., contributed to my decision that now is the time to return to academic medicine.”

Her statement was posted on Twitter by Huffington Post’s Michael Calderone.

Politico’s Dylan Byers tweeted about the anouncement as well.

“Throughout her career with NBC News, Dr. Nancy Snyderman has provided her expertise on countless health and medical topics that are vitally important to our audience. She’s been a valuable voice both on air and in our newsroom, and we wish her all the best.”

NBC News didn’t penalize Snyderman for violating the quarantine last year but did say she and her  team would be off air until November so they’d have time with their families. Snyderman was criticized for her actions because she is a medical professional.

Snyderman returned to NBC News in December and apologized on NBC Nightly News and the Today show for “scaring my community and the country.”