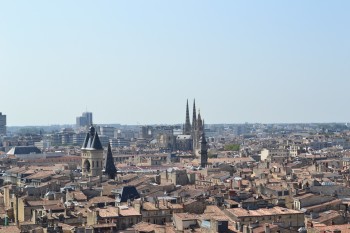 French city Bordeaux is only about 19 square miles, but the New York Times accidentally said it was getting a 700,000 square mile waterfront expansion for a wine museum. The Times mixed up miles and meters when recommending Bordeaux in its annual  “52 Places to Go”  list.

When iMediaEthics read the 2016 list this weekend, we spotted five corrections on the Times article. The corrections addressed errors of simple fact: names, places, and numbers. As we wrote earlier this year, the simple errors are often what cause the most corrections. Two Canadian public editors, Kathy English of the Toronto Star and Sylvia Stead of the Globe and Mail, pointed out that these types of errors are very common and avoidable. iMediaEthics is writing to the Times to ask how it identified these errors and if it take any steps to prevent these types of mistakes.

The most noteworthy and amusing of the five corrections on the Times’ travel article was size of the Bordeaux wine expansion because logically the error just didn’t make sense. The article originally said Bordeaux was getting a 700,000 square mile expansion but that’s impossible because the state of Texas is around 270,000 square miles, according to Google, and Bordeaux is only 19 square miles.

The Times meant to say the expansion was about 700,000 square meters, with square meters equaling about a quarter of a square mile.

With its correction, the Times article now reads:

“Next year will see the opening of La Cité du Vin, an ambitious institution along the coast of the river Garonne dedicated to the history of French viticulture. The undulating wooden structure, designed by XTU architects, is part of a huge greening and revitalization effort along Bordeaux’s waterways, which also includes the 2013 opening of the Pont Jacques Chaban-Delmas, Europe’s largest lift bridge, and the transformation of over 7,500,000 square feet of former docklands into more than 5,000 new apartments and public waterside attractions.”

Read all five corrections, posted between Jan. 7 and 8, below:

An earlier version of this interactive misstated the timing of a visit Pope Francis will make to Mexico City. He will be there in February, not in the spring.

Because of an editing error, an earlier version of this interactive misstated the name of a restaurant in Oakland. It is Ramen Shop, not Autological Ramen Shop.

An earlier version of this interactive misidentified a wine museum that is opening this year in Bordeaux. It is La Cité du Vin, not the Bordeaux Wine and Trade Museum.

A picture caption in an earlier version of this interactive misspelled the name of a lighthouse in Île de Ré, France. It is Phare des Baleines, not Phares des Baleines.