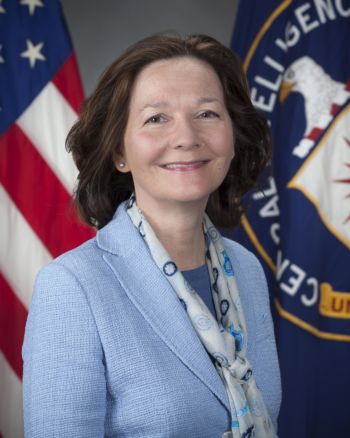 The New York Times added a lengthy editor’s note on its Feb. 2017 article on Gina Haspel, Pres. Donald Trump’s nominee for director of the C.I.A.

The editor’s note came a day after ProPublica, the nonprofit investigative newsroom, issued a lengthy correction to its reporting on Haspel.

As with ProPublica, the New York Times explained it had reported that Haspel had run a secret Thailand prison when Abu Zubaydah was waterboarded. But, the Times, like ProPublica, admitted its article was inaccurate because Haspel was not at the prison then. iMediaEthics has written to the Times to ask why their note is labeled an editor’s note and not a correction. The Times sent iMediaEthics the following explanation from standards editor Phil Corbett:

“In the Haspel case, editors discussed whether to do a Correction or an Editors’ Note, and decided on the latter for a couple of reasons. First, the story, including the original incorrect information, was quite significant, not just a routine or minor factual point. The Editors’ Note designation generally indicates a serious issue, and it includes a label at the top of the online story (rather than just at the bottom, as with a regular correction). That seemed  appropriate here. And second, the Editors’ Note approach provided a better opportunity to explain how the error came to light, and why we were fixing it now, more than a year later.

“That said, it is important to note that the thrust of our original story was unchanged — that Gina Haspel oversaw a torture interrogation when she was in charge of a secret detention center, and that she was involved in the decision to destroy evidence about it.”

An earlier version of this article referred incorrectly to Gina Haspel’s role in the torture of detainees at a secret detention site in Thailand during her tenure there. While Ms. Haspel oversaw the site during the torture of Abd al-Rahim al-Nashiri at the site, she did not supervise the interrogation and waterboarding of the suspected Qaeda operative Abu Zubaydah. Following Ms. Haspel’s nomination this week to head the C.I.A., The Times published a profile of Ms. Haspel, detailing how career was shaped by her time running the prison and her willingness to take part in the agency’s rendition, detention and interrogation program. During that reporting, a former senior C.I.A. official confirmed that Ms. Haspel arrived at the Thai detention site after Mr. Zubaydah’s interrogation had concluded. The article has been revised to reflect the new information. Correction: Feb. 4, 2017 An earlier version of this article included a quotation that referred incorrectly to Gina Haspel. She is not the first woman to serve as deputy director of the Central Intelligence Agency, as Representative Devin Nunes of California said. (Avril Haines was the first.)”