ProPublica: Gina Haspel didn't oversee base when Abu Zubaydah was 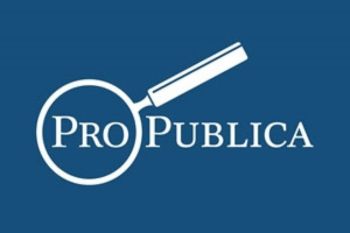 ProPublica admitted to getting a story about Gina Haspel really wrong.

Haspel has been in the news because Pres. Donald Trump wants her to be director of the Central Intelligence Agency. ProPublica noted that its 2017 article has been used “as evidence that she was not fit” for the nomination. The correction was headlined, “Correction: Trump’s Pick to Head CIA Did Not Oversee Waterboarding of Abu Zubaydah.”

ProPublica had reported in 2017 that Haspel in 2002 “oversaw the clandestine base where [Abu] Zubaydah was subjected to waterboarding and other coercive interrogation methods that are widely seen as torture.”  The story also claimed Haspel “mocked the prisoner’s suffering in a private conversation,” ProPublica reported.

But, now ProPublica admits, “neither of these assertions is correct and we retract them.” In fact, as ProPublica wrote in its March 15 correction, “It is now clear that Haspel did not take charge of the base until after the interrogation of Zubaydah ended.” When contacted by iMediaEthics, ProPublica declined to comment beyond its correction and explanation.

In ProPublica’s correction, the nonprofit investigative newsroom said it based its original claims on a combination of the following:

According to ProPublica, after its story recirculated this week, “former colleagues of Haspel” came forward to claim Haspel wasn’t chief of base during the Zubaydah interrogation.

ProPublica said the error was because, “The awkward communications between officials barred from disclosing classified information and reporters trying to reveal secrets in which there is legitimate public interest can sometimes end in miscommunication. In this instance, we failed to understand the message the CIA’s press office was trying to convey in its statement.”