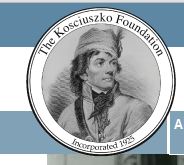 The New York Times has corrected a photo caption and added an entry to its stylebook after receiving complaints from The Kosciuszko Foundation, Polish news site TheNews.pl reported.

The foundation, which calls the use of phrases “Polish concentration camps” to be malicious and libelous, works for “promoting educational and cultural exchanges between the United States and Poland.”

The foundation has petitioned media outlets to not use the phrase “Polish concentration camps” when referring to “camps in Nazi occupied Poland during WW II,” and so far the Wall Street Journal and the San Francisco Chronicle, as well as the New York Times, have added entries in their style guides advising staff on terminology.

Foundation president Alex Storozynski told iMediaEthics via e-mail that the NYT, the WSJ and the San Francsico Chroncle are  “the only three news outlets” to change stylebook guidelines since the foundation’s petition started.

Foundation president Storozynski told iMediaEthics via e-mail that it will ask individual news outlets to add the stylebook entry when and if it spots mistakes in that outlet’s reporting.

“We have approached the AP as well, but so far they refuse to change their stylebook, even though they have made this mistake numerous times,” Storozynski wrote.  He noted that the petition is “not only about Poles” and that the foundation is “very happy” that signatories have included people from across the world and of varying religious and political backgrounds.  Storozynski wrote:

“As long as media outlets continue to make these mistakes, we will continue to collect signatures on the petition. We are very happy that The New York Times, San Francisco Chronicle and Wall Street Journal understand the important of this issue, and we hope that others will follow suit.”

Most recently, the Times erred in a caption for a photo accompanying a New York Times magazine article.  The image’s caption claimed that the Dachau concentration camp was in Poland. However, that camp was in Germany.

In a March 19 letter to Times publisher Arthur Sulzberger (see here),  Alex Storozynski wrote that the newspaper “could have easily avoided this mistake if it had followed our request to change its stylebook regarding German concentration camps” and that the errors in reporting are “beyond the threshold of malice and libel.”

The Times responded to the foundation’s criticism and complaints this week. In an e-mail to the foundation’s president Alex Storozynski, the New York Times’ corporate communications vice president, Eileen Murphy, wrote this week that the Times added the stylebook entry “after further discussions of the concerns raised by you and others.”  The entry advises Times journalists “to avoid misleading phrases like ‘Polish concentration camp.'”

Murphy noted that the Times already corrected the Dachau error and corrected an obituary in October 2010. The October obituary of George Mathe stated that he “was taken to a Polish concentration camp in a cattle-car.”  It also used the phrase “Nazi Poland” instead of “Nazi occupied Poland.”  Murphy wrote:

“We understand the great sensitivity of this topic and regret that any such lapses have occurred. But we would like to reiterate that such instances, however unfortunate, are simply mistakes, and it is wrong to suggest that they reflect any malice or deliberate distortion.”

The Wall Street Journal added its stylebook entry last year.  The entry in the WSJ guide states, according to TheNews.pl: “Concentrate on this: There were no Polish concentration camps in World War II. Auschwitz and other such camps in Polish territory were operated by German Nazis.”

The San Francisco Chronicle also added an entry in its stylebook in February 2011.

The Economist commented on the foundation’s lobbying: “The phrase could imply far more collaboration by Poles than today’s Poles would want to see sneaked into a three-word phrase. When editing, I’ve reworded many phrases to be shorter and get things under the word count, but this is a strong case for leaving ‘German concentration camps in Poland’, and cutting elsewhere.”

Hat-Tip to Art Science Research Lab’s Robert Slawinski for letting us know about this case.