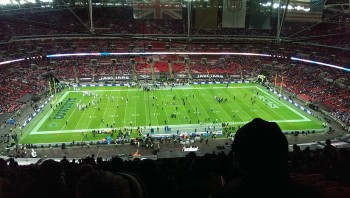 The National Football League wants the New York Times to retract its reporting on the NFL’s concussion research. The March 24 story, “N.F.L.’s Flawed Concussion Research and Ties to Tobacco Industry,” by Alan Schwarz, Walt Bogdanich, and Jacqueline Williams, reported that the concussion research done by the NFL was “far more flawed than previously known.”

The Times article also reported on what it called a “long relationship between” tobacco and the NFL, like “records show that the two businesses shared lobbyists, lawyers and consultants.”

“Confidential data obtained by the Times shows that more than 100 diagnosed concussions were omitted from the studies,” the Times reported, adding that “some retired players have likened the N.F.L.’s handling of its health crisis to that of the tobacco industry, which was notorious for using questionable science to play down the dangers of cigarettes.”

The Times added “Concussions can hardly be equated with smoking, which kills 1,300 people a day in the United States, and The Times has found no direct evidence that the league took its strategy from Big Tobacco.”

The NFL responded in two statements on its website, one arguing “the Times published pages of innuendo and speculation for a headline with no basis in fact.” The NFL also wrote it gave the newspaper “more than 50 pages of information demonstrating the facts” but claimed “the Times ignored the facts.”

The NFL also published a list of claims from the Times and its responses to those claims, and the league made a “veiled threat of legal action” in a letter calling for a retraction, the Associated Press reported.

In that March 28 letter to the Times, the NFL’s lawyers claimed “the extensive evidence we provide to your reporters pre-publication conclusively demonstrated the falsity of both the thesis and every material aspect of this story.”

“Its sensational headline notwithstanding, the story did not show any meaningful ‘ties to the tobacco industry,'” the letter alleges. “Nor did it present a shred of evidence to support its thesis that the NFL intentionally concealed concussion research data. By publishing the story, fully aware of the falsity of the underlying facts, the Times recklessly disregarded the truth and defamed the NFL, even under the public-figure Sullivan test.” (Read the whole NFL letter to the Times at Politico.)

The New York Times‘ sports editor Jason Stallman issued a statement, which the the newspaper also sent iMediaEthics by e-mail. In it, Stallmann stood by the reporting. “We see no reason to retract anything,” he said.

Stallman went on: “The N.F.L. apparently objects to our reporting that the league had ties to the tobacco industry” but pointed to specific evidence in its article:

“But, as the article noted, a co-owner of the Giants, Preston R. Tisch, also partly owned a leading cigarette company, Lorillard, and was a board member of both the Tobacco Institute and the Council for Tobacco Research, two entities that played a central role in misusing science to hide the risks of cigarettes. Also, the N.F.L. and the tobacco industry shared lobbyists, lawyers and consultants.

“The N.F.L. also apparently objects to our reporting that the studies produced by the league’s concussion committee were more deeply flawed than previously understood. The league has always maintained that the studies were based on a data set that included every concussion that was diagnosed by a team doctor. In fact, our reporting showed that more than 100 such concussions — including some sustained by star players — were not included in the data set, resulting in inaccurate findings.”

“I have reviewed your letter with our editors and reporters, and nowhere does your letter identify any factual error that we have made in our reporting on the ties between the NFL and the tobacco industry,” McCraw wrote. “The crux of the letter is the NFL’s complaint that the connections identified by the Article between the NFL and the tobacco industry were not ‘meaningful.’ Obviously that is an opinion, not a fact.”

“That the NFL would now see fit to try to silence the public debate with legal threats … is a disservice to its fans and, more generally, to the American people,” he commented.

iMediaEthics has written to the NFL to ask for a response to McCraw’s letter.