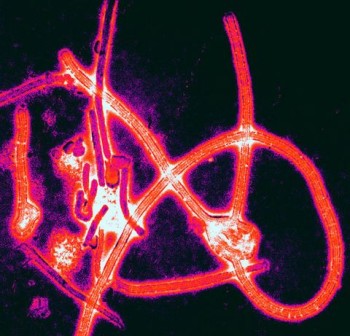 Sylvia Stead from the Globe and Mail called for journalists to report carefully and avoid misleading reports. Her comments came Oct. 28, noting that the Globe began covering Ebola in March.

“Despite The Globe’s informed coverage, there have been problems with some misleading phrases,” Stead wrote. “And, while there has rightly been coverage of Canada’s preparedness by Globe health writer Kelly Grant, we must remember that the real tragedy is happening in Africa.”

One such case of a misleading phrase is “screened for Ebola,” Stead argued, because it could wrongly imply anyone screened is clear of Ebola even though it sometimes just means someone’s temperature was checked and the person may still contract Ebola.

Stead also advised that most journalists should follow the Associated Press’ recently-released guidance about reporting on suspected cases of Ebola. As iMediaEthics previously wrote, the Associated Press warned its journalists against panicking in reporting on Ebola. The AP said it only planned to report on suspected infections if there was “serious disruption or reaction,” but otherwise it didn’t want to report on every suspected case since they often end up negative.

“This is good advice for The Globe and most media to consider whether there is real news value as opposed to following the fear factor,” Stead wrote.

“Journalists need to be responsible and not spark irrational fears,” Stead recommended. “Shorthand phrases do not work with a disease like Ebola. That may mean longer and more complete articles, but it is worth explaining fully so that the public understands the real concerns.”

One reader pointed out the Times has referred to “Africa” in general instead of what country the Ebola stories relate. By doing so, the Times presents all of Africa as “a single, homogenous, violent disease-ridden place,” the reader Jack Parson wrote, calling for the Times to identify exactly where the story is.

Another reader suggested the Times shouldn’t have published a graphic  detailing where New York Dr. Craig Spencer traveled within New York prior to being hospitalized with Ebola. That reader argued the graphic likely just led to more panic and drama. The Times editor Steve Duenes defended the graphic as newsworthy, according to Sullivan, and noted that the Times disclosed in the graphic that the doctor wasn’t “a risk to the public” during those travels.