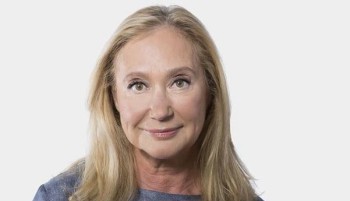 The Globe and Mail apologized after plagiarism was found in two columns by Margaret Wente.

Public editor Sylvia Stead confirmed what she characterized as attribution issues, though she did not use the word plagiarism to denote Wente’s failings. iMediaEthics asked Stead about this and whether the newspaper, the second-largest circulating daily in Canada, would review Wente’s work. She responded by e-mail, “I have nothing to add.”

In an April 25 blogpost, Stead reported that Carol Wainio blogged this weekend flagging plagiarism in Wente’s column. “In this column by Ms. Wente, one phrase is used without acknowledging that the words are” from Rockefeller University’s Jesse Ausubel.  Wainio found “similarities in several passages in the column compared to experts’ writing.”

Back in 2012, the Globe and Mail gave Wente unspecified “disciplinary action” after Wainio spotted attribution issues in a 2009 column, as iMediaEthics wrote at the time. The newspaper said it reviewed “a body of work  from recent years” by Wente.

“While not as extensive as previous instances of plagiarism, it’s reasonable to ask to what extent The Globe condones certain practices on the part of certain writers,” Wainio wrote, noting that she hadn’t been monitoring Wente’s work but found problems easily.

Globe and Mail Editor-in-chief David Walmsley told Stead: “This work fell short of our standards, something that we apologize for. It shouldn’t have happened and the Opinion team will be working with Peggy to ensure this cannot happen again.”

“Editor’s Note: An earlier version of this column did not attribute the sentence: ‘Agriculture is the greatest destroyer of nature’ to author Jesse Ausubel who wrote that in The Return of Nature. The Globe and Mail apologizes to Mr. Ausubel. This online version has been corrected with the proper attribution. In addition, the link to the original academic research by food systems researcher Maywa Montenegro has been included.”

iMediaEthics has written to Wente.