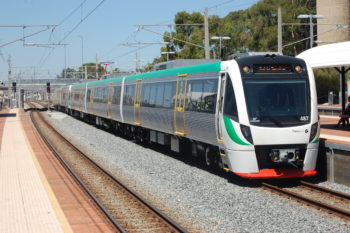 A train in Australia (Credit: DBZ2313 via Wikipedia)

The UK Sun unpublished and corrected a story that suggested a train driver crashed his train near Paddington because he had been fasting for Ramadan.

Miqdaad Versi, a management consultant in London and the assistant secretary general of the Muslim Council of Britain, filed the complaint.

He told iMediaEthics in a statement by e-mail: “Creating a link to the faith of the driver and the Islamic act of fasting without any evidence is totally unacceptable. In today’s environment where Islamophobia and bigotry have become more and more normalised, I hope the Sun will avoid creating stories that unfairly depict Muslims as the ‘bad guy’ and will introduce safeguards to deter future inaccuracies.”

“The Aug. 20 Sun article, “RAMADAN TRAIN WRECK Muslim train driver crashed after going without food or drink for 15 hours during Ramadan,” suggested a Muslim train driver crashed a train causing it to derail because he had fasted for Ramadan. Miqdaad Versi complained to IPSO because the official Rail Accident Investigation Branch (RAIB) report “concluded that it was unable to determine whether the driver’s fasting was a factor in what happened,” IPSO reported. The RAIB report also noted that unlike the Sun‘s claim the train driver ran through two red lights, he only ran through one signal.

The Sun unpublished the article and said it would publish a correction about the matter. That correction read:

“In a story ‘Ramadan Train Driver in Crash’ (20 Aug) we implied that Rail Accident Investigation Branch said the cause of the derailment at Paddington was that the driver had been fasting during Ramadan. In fact they were unable to conclude that fasting was a factor in the crash on evidence available, although they observed that there is research showing that fasting can affect people’s concentration levels. It was also stated that the driver of a derailed train ran through TWO red lights at London’s Paddington Station. In fact the two red lights were on the same signal. We are happy to clarify.”

IPSO agreed with Versi’s complaint and required the Sun to publish its correction.

The Sun is forced to retract its bogus claim that fasting in Ramadan was the reason for a train crash after my complaint to Ipso #lies pic.twitter.com/fRBPsbc9VT

iMediaEthics wrote this summer about Versi’s successful complaint to IPSO about the Mail Online’s coverage of a murder that it called an “Islamic honour killing.” The Mail changed its story after Versi’s complaint.

The Muslim Council of Britain has also been a source of controversy for its views on Holocaust Remembrance Day and Hamas.  A 2015 report by the UK government on the Muslim Brotherhood in the UK stated the Muslim Brotherhood “played an important role in establishing and then running the Muslim Council of Britain (MCB)” in the 1990s. The Council’s website states it is “a national representative Muslim umbrella body with over 500 affiliated national, regional and local organisations, mosques, charities and schools.”