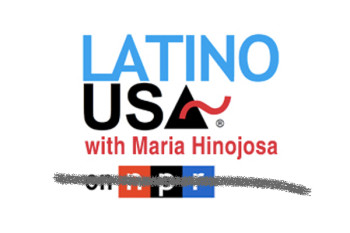 Listeners complained and NPR agreed about claims of bias in a Latino USA’s episode broadcast on NPR. The then-Chicago mayoral candidate Jesus “Chuy” Garcia’s campaign was featured in a one-sided program that neglected to give rebuttal from incumbent Rahm Emanuel, among other failures of NPR editorial standards.

Latino USA is “a program which NPR distributes but does not produce in-house,” according to NPR ombudsman Elizabeth Jensen.

The  “Chuy and the battle for Chicago” episode criticized Emanuel and the puff piece provided “almost no critical attention” to Garcia, NPR said. “There was no mention in the episode about whether Latino USA even tried to get any comment from [Emanuel’s team],” NPR said in a statement.

“Listeners learned little about Garcia’s record or how he would govern,” NPR stated. “Instead, he was more generally portrayed as a rebel who was fighting against ‘the machine.’ He was the ‘longtime grass-roots activist … giving one of the most powerful men in America a run for his money.'”

While NPR said there was no problem with the idea of profiling Garcia, “this episode did not meet our standards.”

Serious accusations against Emanuel included “financial mismanagement,” and bias toward the rich and against immigration reform, NPR added.

Because of the problems with the broadcast, NPR stripped its branding from the episode, NPR ombudsman Jensen reported. “A tough penalty, to be sure, but in this case it’s warranted; the show’s execution simply did not meet the goals the producers had intended,” Jensen said.

NPR said it didn’t review the program before airing it. iMediaEthics asked NPR if it typically reviews Latino USA programs before broadcast. NPR spokesperson Isabel Lara told iMediaEthics by e-mail: “As general practice, we do not review daily or weekly acquired programs before they air.  As part of our relationship with the programs we distribute, we have a shared understanding of journalistic (as appropriate) and ethical standards, and trust the producers we work with to honor both as content is created.”

Not all NPR-affiliates aired the program. Chicago NPR-affiliate WBEZ didn’t, Jensen reported.  “As the station serving Chicago, we were concerned about airing an hour based so deeply in the perspective of one candidate and campaign,” WBEZ director of programming and content Ben Calhoun told Jensen.

Latino USA apologized in its response to NPR’s criticism and punishment promising it would do better moving forward.

“We regret any appearance of imbalance or lack of fairness in the episode, particularly as it may have reflected on NPR,” Latino USA said.

Latino USA added that it did contact Emanuel’s office but never heard back. “We should have made clear in the program that we had reached out to the Emanuel campaign numerous times without response,” Latino USA told NPR. “We also are reviewing other ways in which the program might have been better executed.”

iMediaEthics has written to Emanuel and Garcia for comment.