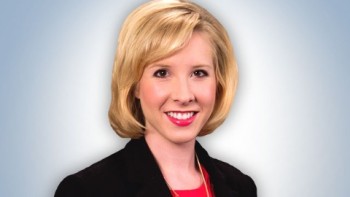 The NY Daily News published three photos of Alison Parker before her murder with a gun pointed at her. iMediaEthics isn't publishing that image, instead using the photo of Parker that is posted by WDBJ.

The front page for tomorrow’s edition, posted on Twitter by the Daily News tonight, shows screenshots from the YouTube video posted by alleged shooter, the now-dead Vester Lee Flanagan (also known as Bryce Williams). The image is here if you must click.

The three side-by-side images show reporter Alison Parker with a gun pointed at her. The first two images show her interviewing and seemingly unaware of the gun pointed directly at her. The final, most shocking image shows her looking at the gunman with terror, seconds before being murdered. The front-page headline reads “EXECUTED ON TV.”

The front-page images weren’t from the WDBJ live video of the interview, which showed the cameraman Adam Ward drop the camera and the reporter shouting. Instead, the video is from the view of the shooter, who posted video of his crime on social media, before it was pulled.

To select photos, taken from the gunman’s view, during the last seconds of Parker’s life, clearly is beyond the pale.

Parker’s father, Andy Parker, told the Washington Post today he wouldn’t even watch the video showing the attack on his 24-year-old daughter. He compared it to ISIS’s attacks, saying, “It’s like showing those beheadings.”

Despite those sentiments, the Daily News further harmed Parker’s family, displaying her in her final moments for no real news value. The images the Daily News chose to use don’t do anything but shock for the sake of shocking.

The use of those images ignores all relevant guidance from the Society of Professional Journalists’ ethics code concerning “minimize harm.”

“Balance the public’s need for information against potential harm or discomfort. Pursuit of the news is not a license for arrogance or undue intrusiveness,” the guidelines state. “Show compassion,” just because you have information doesn’t mean you can publish it, “avoid pandering to lurid curiosity,” “consider the long-term implications.” The Daily News didn’t appear to do follow any of this ethical advice.

He could have avoided hitting play on the videos, but the Daily News likely made it harder for a grieving father by consciously choosing photos of his daughter’s murder to sell newspapers.