Oklahoma anchor said her black co-anchor looked like a gorilla at the zoo; he accepts her apology - iMediaEthics

Oklahoma anchor said her black co-anchor looked like a gorilla at the zoo; he accepts her apology 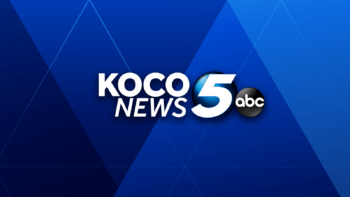 The comment was made during a report about an Oklahoma City Zoo ape. “It kinda looks like you,” Housden said, to which Hackett responded, “It kind of does, yeah.”

iMediaEthics wrote to Housden, Hackett and KOCO for more information.

“The apology by Alex and Jason’s acceptance on Friday 8/23 is the only public statement that has been made or will be made on this matter,” Brent Hensley, President/General Manager for KOCO, told iMediaEthics.

When asked if Housden was disciplined, Hensley said, “personnel matters are private and we have no comment.” When asked if staff would receive diversity training, he said the station “provides on-going training for our teams on a wide range of topics.” According to the station received about 60 calls, 30 e-mails and social media comments about the original remark.

Then, Housden apologized in an on air segment while crying as she sat next to Hackett. She said, “I said something yesterday that was inconsiderate, it was inappropriate and I hurt people. And I want you to know I understand how much I hurt you out there, and how much I hurt you. I love you so much, and you’re one of my best friends for the past year and a half and I would never do anything on purpose to hurt you.”

She added that “I know it was wrong.”

Hackett responded, “I do accept your apology and I do appreciate your apology.” He continued, “What you said yesterday was wrong. It cut deep for me, it cut deep for a lot of you in the community.” He said he wanted it to be a “teachable moment” that “words matter.”

News One published video clips of both the initial comment and apology statement.

Oklahoma anchor said her black co-anchor looked like a gorilla at the zoo; he accepts her apology