One Minnesota Paper Criticizes Another Over HIV Disclosure 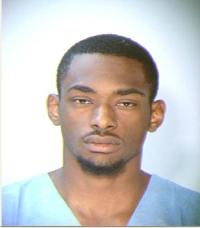 City Pages, a Twin Cites alternative weekly, recently published a blog criticism of their fellow Minnesotan paper, the Pioneer Press—exploring whether The Press shirked ethics by disclosing the HIV status of a criminal suspect along with his photo and personal information in a recent story.

According to the post by Kevin Hoffman in City Pages blog The Blotter, the Press came upon a police report citing a suspect’s HIV status during a routine check of arrest records.  They built their story, “HIV — one more on-the-job risk cops face daily,” around the report of the man’s arrest in which he was bitten by a police dog and bled profusely, exposing arresting officers to infection.

Certain medical disclosures can be illegal, but police are generally not subject to HIPAA (the Health Innsurance Portability and Accountability Act), which prevent medical professionals from disclosing patient information. Though some states have laws that extend medical privacy law further, national law leaves police able to discuss and share the medical information they learn about suspects.

Newspapers, similarly, are not legally bound to protect patient privacy once that patient’s health information becomes public record. But even if it is legal, it may not be ethical to share a subject’s HIV status without their consent.

A lasting social stigma against HIV sufferers means that disclosing their status can affect a person’s employment, friendships, and family relationships more than other diseases.  It’s not like publishing a story saying the person has the flu. Ethical practice (as outlined by the Society of Professional Journalists) mandates that a journalist avoid harming the subjects of their reporting, and strive to violate privacy only if there is an overriding public need.

In the blog report, City Pages interviews Kelly McBride, the ethics group leader at the Poynter Institute, who says that the main issue here is whether it was necessary to the public to identify the man:

“The question is: is there an alternative to identifying the guy?” McBride asks. “The fact that this particular burglar is HIV-positive is not as crucial to the story so much as the fact that they arrested a burglar, he was bit by a dog, and bled all over the cops. It’s not the name that’s important in this case.”

According to City Pages, Pioneer Press editor Thom Fladung “makes no apologies for the decision to feature the suspect’s HIV-status along with his name and mugshot.”