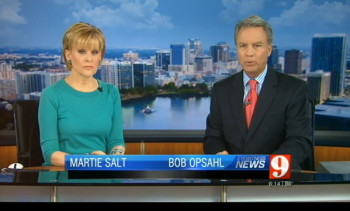 Orlando’s WFTV apologized for not disclosing to viewers that its legal analyst had a conflict of interest when reporting on an amendment for the legalization of marijuana, Media Bistro’s TV Spy reported Oct. 2014.

WFTV’s analyst Belvin Perry Jr., a former local chief judge, had “criticized the content of a commercial against Amendment 2,” which calls for medical marijuana to be legalized in Florida. But, the Orlando Sentinel noted that Perry works for Morgan & Morgan law firm, which is “the chief proponent of Amendment 2.”

WFTV’s news director Matt Parcell acknowledged that the station should have disclosed the relationship but said the station simply forgot. The station also unpublished Perry’s comments on the amendment from its website.