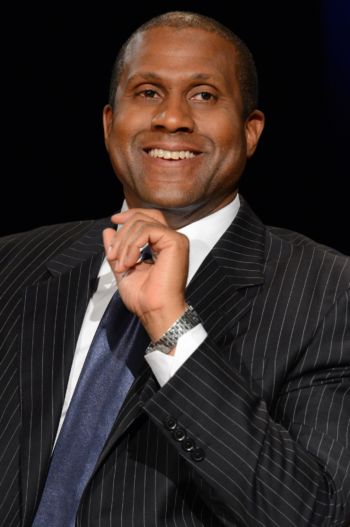 PBS, which suspended Tavis Smiley and his program in December after sexual misconduct allegations were made against him, is countersuing Smiley for $1.9 million, claiming he broke PBS’s morals clause, the Hollywood Reporter reported.

Smiley sued PBS in February for breach of contract, intentional interference with contract and tortious interference, alleging the investigation into his alleged behavior was “poorly executed and incomplete,” “trumped-up,” “in violation of the implied covenant of good faith and fair dealing,” “biased and littered with poor planning and analysis,” and without “minimal due process,” as iMediaEthics previously reported.

That “morals clause” says in part, “Producer shall not commit any act or do anything which might tend to bring Producer into public disrepute, contempt, scandal, or ridicule, or which might tend to reflect unfavorably on PBS.” The lawsuit also raised questions about the accounting and budget for his show.

Responding to Smiley’s lawsuit claims, PBS denied having “provided less than 20% of the funds for Tavis Smiley’s annual budget.” PBS maintained that in November, it “received a serious complaint of sexual misconduct from a former subordinate of Mr. Smiley regarding Mr. Smiley’s improper treatment of her,” which triggered PBS’s hiring a law firm to investigate.

When contacted by iMediaEthics, PBS declined to comment beyond its lawsuit. Smiley’s rep sent iMediaEthics the following statement from Smiley: “More lies, half- truths and smears from PBS from an ‘investigation’ that never should have happened, with a result that was decided well before the inquiry was even begun. We look forward to the full truth coming out in court.”

According to the lawsuit, the investigation found “over a dozen individuals reported that they were either subjected to or witnessed unwelcome, inappropriate sexual comments or conduct or otherwise inappropriate behavior by Mr. Smiley or were informed of the misconduct.” PBS’s countersuit alleges “unwanted sexual advances” and comments as well as “a verbally abusive and threatening work environment.”

Then, PBS said it was “inclined to suspend distribution” of Smiley’s show. At that point, PBS said that Smiley “finally agreed to sit for an interview without any conditions” during which he “admitted to committing certain acts and doing certain things which PBS reasonably believed might tend to bring Mr. Smiley into public disrepute, contempt, scandal, or ridicule, or which might tend to reflect unfavorably on PBS.” During that interview, Smiley “informed the investigator that he has, in fact, been the subject of two workplace discrimination or harassment/retaliation claims.”

PBS claimed Smiley’s lawsuit’s claims don’t hold up because he broke agreements and contracts, and PBS “acted at all times justifiably, in good faith, and with reasonable care and diligence.”