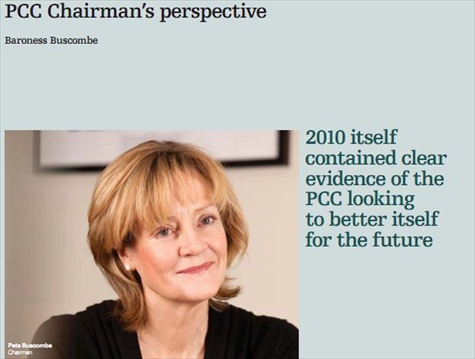 The UK Press Complaints Commission released its annual report this week.  Between the report and the PCC’s director giving his first interview since 2009, the commission has addressed many of the newsworthy ethics issues in UK media including the accusations of phone hacking at News of the World and privacy restraints on the press.

In the annual report, commission chairman Baroness Peta Buscombe condemned “unequivocally” the alleged phone hacking at News of the World and added that the commission recently created a Phone Hacking Review Committee. Buscombe commented that the PCC cannot “prejudice” the police’s investigation or “interfere with ongoing legal actions” when it comes to past allegations of hacking.

In January of this year, the PCC announced that it would no longer regulate Northern & Shell’s seven print publications.  Northern & Shell includes the Express, Star and OK! magazine. They were kicked out of the PCC’s regulation because Northern & Shell didn’t pay the PCC’s annual dues.  Buscombe commented in the yearly review about the media group’s expulsion from the PCC in the annual report, calling it “regrettable.”

The annual report also included comments about the PCC from members of Parliament, the police, Press Complaints Commission staff, newspapers and complainants like Clare Balding.  The PCC ruled in favor of Balding last fall when she complained over Sunday Times’ columnist A.A. Gill’s comments that she is “a dyke on a bike.”  The Times had to publish the PCC’s full verdict.

Buscombe in the annual report and the PCC’s director, Stephen Abell in an interview, have both stressed that the PCC acts pre-emptively often.  Buscombe, for example, stated that “a lot of the effective work performed by the PCC is below the surface. It is reflected in the articles that do not appear, the journalists that do not turn up on someone’s doorstep and the stories that are not pursued.”

Abell noted that the commission does “an awful lot of pre-publication work” in which a member of the public contacts the commission because a newspaper is preparing to publish a story.

Abell’s comments about the PCC were in an interview with The Guardian’s Roy Greenslade.  It was Abell’s first interview since his December 2009 appointment, according to Greenslade. Abell stated:

“When you’re protecting someone’s privacy it should be in private, and that’s what we offer people. They come to us and then we go to editors on a confidential basis, either generally or specifically, and say here’s a piece of information but there’s a concern about it being published. “

Abell claimed that the PCC’s self-regulatory manner “doesn’t restrict freedom of expression” but helps protect privacy.  The Guardian reported that almost a quarter of the PCC’s formal complaints last year (about 600) were related to privacy.

“You have to be careful about that because you don’t want to restrict the legitimate role of a journalist knocking on someone’s door, but if someone is genuine in their desire to be left alone then they should be,” Abell reportedly stated.

Speaking specifically on the recent ruling against Max Mosley’s call for to require UK newspapers to notify the subjects of stories in advance of publication, Abell noted the PCC liked the ruling “because it recognised the PCC as one agency for protecting privacy.”   He added that the PCC may add a code calling on journalists to contact subjects of stories prior to publication.

Read more of Abell’s interview with The Guardian here.

iMediaEthics is writing to the PCC for more information about its Phone Hacking Review Committee and will update with any response.