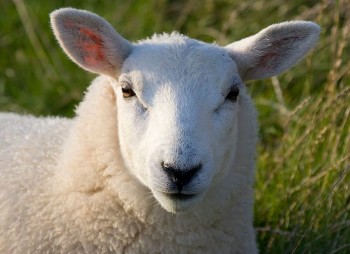 The Australian Broadcasting Corp.’s ABC Rural reported that sheep shearers upset animal rights group PETA because they were “swearing at the sheep.”

The claim made it throughout the international media, from Australian news outlets the Australian Associated Press  and the Courier Mail to Time magazine and the Huffington Post covering the story.

But, that is not the reason the shearers landed with complaints from PETA, the Australian Broadcasting Corp’s media criticism program Media Watch reported.

PETA’s statement to the ABC said that the shearers

The ABC knew the full complaint before airing its report claiming that the complaint was over swearing, PETA Australia told iMediaEthics by e-mail. “This information was made available to reporters from ABC Rural and AAP before they wrote their stories,” PETA Australia said.

Further, “PETA sent statements to ABC Rural stations each time this story was aired detailing the severe physical abuse that was alleged at the Boorungie station.”

Media Watch argued that by not clearly reporting on the alleged physical abuse. ABC Rural misled its readers and didn’t provide context. ABC Rural’s May 22 story was titled “Sheep stay silent in war of words over whether animals can suffer verbal abuse.”

The ABC Rural story quoted the sheep station operator saying “there was no actual cruelty on the job” and that the complaint was over “bad language.” The story didn’t mention the allegations of physical abuse.

The full PETA statement, which detailed the complaints about the physical treatment of the sheep “should have been enough to kill the swearing story altogether,” ABC Media Watch reported. “We also think the ABC’s failure to detail those cruelty allegations and focus on bad language was grossly misleading. “

PETA issued a May 25 press release that included the details of its complaint over the sheep station.

PETA complained to ABC over the story, telling iMediaEthics it has asked for a correction.

“PETA has requested that the ABC address this matter as this inaccurate account of the complaints detailed against the Boorungie Station has been widely circulated in mainstream media despite the corrections that PETA sent through to ABC on numerous occasions,” PETA Australia campaign coordinator Claire Fryer told iMediaEthics.

However, ABC Rural National Editor Leigh Radford stood by the story. “We totally reject the suggestion the report was dishonest or misleading,” Radford wrote to Media Watch. Radford stated that the report was “accurate and balanced.” Its story focused on the verbal abuse claims because it was unique and claimed the report indicated a few times that there were other issues, Radford told Media Watch.

Despite ABC Rural standing by its story, the Huffington Post has published a correction on its May 21 story, “Aussie Sheep Station under Fire for Cursing at Sheep,”  that reads:

“CORRECTION: A previous version of this article stated that the complaint did not allege physical abuses on the part of the sheep shearers. PETA’s complaint did allege a number of such abuses, in addition to the verbal abuse.”

“No charges were filed in response to the complaint” from PETA, PETA told iMediaEthics.