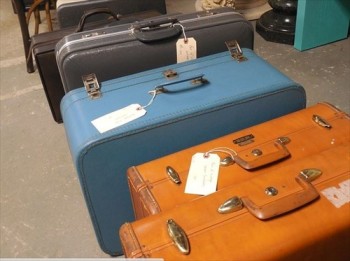 But Veloso, who is from the Philippines, wasn’t executed. She received a last-minute reprieve.

She was supposed to be executed April 29 by the Indonesian government for smuggling heroin into Indonesia in 2010. About half a million dollars worth of drugs were found in her luggage, CNN reported.

“The President of the Philippines, Benigno Aquino, had made a last-minute request for her life to be spared,” Time magazine reported. “The execution was eventually called off after a woman Veloso had accused of planting the drugs on her in 2010, Maria Cristina Sergio, 47, surrendered to police in the Philippines on Tuesday, reports the Strait Times.”

She was granted the reprieve so she can be a witness against the woman who just turned herself in, the Guardian said.

Eight others were executed for drug smuggling.

Below read the headlines the Filipino outlets published about Veloso:

iMediaEthics has written to all four outlets for comment.

The Inquirer told iMediaEthics by e-mail that the incorrect headline was not shown on its website. ” Other Inquirer platforms were able to run the story of the last-minute reprieve soon after the news broke: mobile, radio, social, and web,” the Inquirer’s editor John Nery wrote.

“A statement was circulated on social, mobile, and the web at around 3 pm, expressing regret for the erroneous headline.
4. Those who had noted, criticized or complained about the erroneous print headline online and in social were sent copies of the statement in the same afternoon,” he added.

Nery noted that the next day’s newspaper carried a second apology on its front page. The front page is below.

Coconuts Media Manila showed a collection of newspapers with the inaccurate headlines.

The Philippine Daily Inquirer apologized for the “erroneous headline” in a statement posted on Twitter to local news site Coconuts Manila.

“We deeply regret the aggravation this may have caused Mary Jane Veloso’s family,” the Inquirer said in its Twitter statement, adding “we promise our readers to do a better job.”

“We are revamping newsroom processes to better inform and serve our readers and stakeholders,” the paper went on. “We share in the nation’s joy: Mary Jane lives!”
UPDATED: 4/30/2015 8:05 AM EST Added response from Inquirer