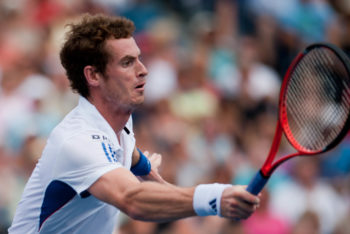 This summer, several news outlets published photos and stories about Sophia Murray, the then four-month-old daughter of tennis star Andy Murray and his wife Kim Murray. Representatives for the Murrays complained on behalf of their daughter, for invading her privacy and publishing photos of a child. But, the UK press regulator the Independent Press Standards Organisation, ruled the photos weren’t invasive.

The Murrays complained against the Mail Online, the Daily Mail, the Sun, and the Telegraph.

The couple argued that their daughter wasn’t at Wimbledon this summer for her own publicity. Instead, Kim Murray went to “support her husband” and since she was “a nursing mother, she needed to take her young daughter with her.” Further, they noted that the Murrays haven’t “released” any photos of their daughter because they don’t want pictures of her in the media. The photos depicted the baby in her baby carriage and she was only slightly visible.

The four news outlets argued that the photos were fair game because Kim and Sophia Murray went in through an “entrance used by the media, and where press are routinely situated,” and because the photos were taken from a place the photographer was allowed to be, and because the pictures were taken as routine, not specifically targeting the Murrays. The Murrays denied that the entrance was a media entrance.

IPSO ruled that the child didn’t want publicity based on previous actions but the family should have expected some press because they went through the press entrance where photographers have been stationed. As such, the photos weren’t an invasion of privacy and since the photographers didn’t target or follow the family, the photos did not constitute harassment.

iMediaEthics has contacted representatives for the Murrays, as well as the four outlets for comment.