Pitbull Taken Away from owners in Northern Ireland? City Council complaints over article 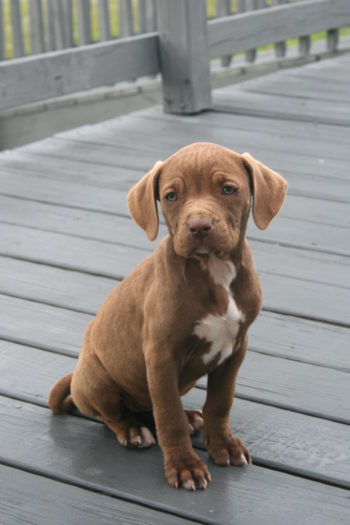 A Belfast Telegraph article compared the local dog wardens to the Stasi [East German secret police during the Cold War] and accused them of taking away a family pet because it looked like a pitbull. The local city council in Belfast then complained to the press regulator over the article.

Pitbulls are banned in Northern Ireland, the Telegraph noted, and a family dog Hank was taken away  by the Belfast City Council’s dog wardens while the dog’s owners were away. The Telegraph said there was “no proof, no evidence” and “no problems or complaints” about the dog. However, a neighbor did complain to the council about the dog and the council removed it from the home and is keeping the dog away from its family while it awaits for an expert to determine if the dog is a pitbull. In fact, the dog’s owners say the dog, Hank, is a Staffordshire-Labrador mix and that he is licensed and micro-chipped.

The city council complained to the Independent Press Standards Organisation that the column misrepresented the case and that in fact a neighbor complained “about how the dog was being treated by somebody other than its owners, not because it was a pitbull.” The council said when dog wardens went to follow up on the complaint they saw Hank and removed him because he had “potential pitbull characteristics” and was “behaving aggressively.” The council defended its holding of Hank while an expert comes as “standard practice.” The council also denied the suggestion that Hank would be killed if he was a pitbull.

However, IPSO noted that the Telegraph didn’t claim that the dog wardens came out just to get a potential pitbull; instead, the newspaper wrote that someone complained about the dog and it was taken away because it may have been a pitbull, which was true.

IPSO agreed with the newspaper that the article accurately reported on the matters in question based on information in the public domain and had a little leeway in not fully detailing all of the information related to the legal aspects of the case because it was an opinion article.

iMediaEthics has written to the city council and the Telegraph for comment.

Pitbull Taken Away from owners in Northern Ireland? City Council complaints over article