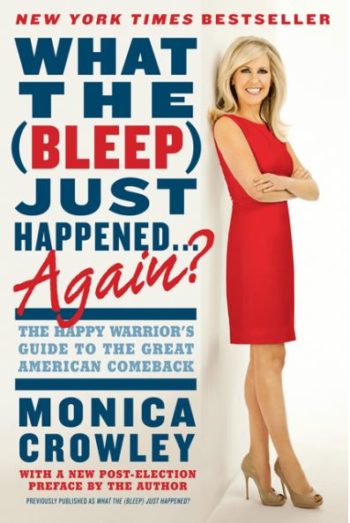 Former Fox News commentator Monica Crowley plagiarized in at least seven of her Washington Times columns, CNN’s Andrew Kaczynski reported. Crowley still hasn’t responded to CNN’s inquiries since last week when the network reported that she plagiarized at least 50 times in her book, What the (Bleep) Just Happened.

Crowley was recently appointed senior director of strategic communications for the National Security Council under Donald Trump. She left Fox News as a commentator last month because of the appointment, as iMediaEthics previously reported.

When asked for comment about the claims of plagiarism in her Times‘ pieces and if the Times would be adding an editor’s note to the affected articles, Chris Dolan, the executive editor for the Washington Times, sent iMediaEthics this quote from a Times article: “During her tenure at The Times, no claims of plagiarism or using information without proper attribution were ever lodged against Ms. Crowley, said Executive Editor Christopher Dolan. The Times will review her work as a columnist.”

In his latest CNN report, Kaczynski again included side-by-side examples of Crowley’s Washington Times columns from 2009 to 2016 next to excerpts from Reuters, Fox News, NBC News, New York Times, Commentary magazine, the Washington Times, World Net Daily and the Associated Press. Crowley was a columnist and online opinion editor for the Washington Times, leaving that role when she was appointed to Trump’s administration.

Since the initial CNN report busting Crowley for the plagiarism in What the (Bleep) Just Happened, the publisher HarperCollins said it would stop selling the book until she added sources. Also since then, Politico found plagiarism in Crowley’s PhD dissertation.