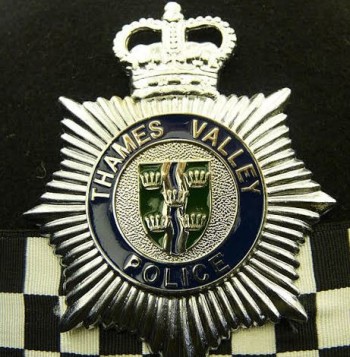 The police in a UK town have paid a man who they misidentified to the local media as a rapist.

Last year, the Thames Valley Police distributed to UK news outlets the wrong photo of a man who admitted to rape and firearms charges, as iMediaEthics reported at the time.  The police gave a photo of Daniel Rodriguez-Lay instead of Daniel Rodriguez.

After the photo of the wrong man was published, the news outlets had to correct and apologize to the misidentified man, Daniel Rodriguez-Lay. The Oxford Mail’s Oct. 18 apology read, in part, that “The photograph was published in good faith because it was supplied by Thames Valley Police but we apologise sincerely to Mr Rodriguez-Lay.”

And now, the man, Rodriguez-Lay has received “substantial damages and legal costs” from the police over their error which prompted the news media’s error, according to the UK Press Gazette.

UK media news site Hold the Front Page reported that the payment is an “out-of-court settlement” of Rodriguez-Lay’s defamation lawsuit against the police.

The error had a huge effect on Rodriguez-Lay. Rodriguez-Lay is quoted by the Oxford Mail as saying his friends and family “thought I was a rapist” because of the error.

“I was sickened by what that man had done and that people thought it was me,” he added of the mix-up.

Further, his solicitor Kevin Donoghue commented “The fact that the press reports were local to Daniel’s family and friends, and described such brutal, grotesque, and deeply immoral crimes, means that the damage to my client’s reputation and the distress, hurt, and humiliation he suffered were significant.”

iMediaEthics asked Rodriguez-Lay’s solicitor if he also filed actions against the news media that published the wrong photo. Donoghue told iMediaEthics by e-mail:

“I can advise that the case was pursued solely against the Police as ultimately they were responsible for issuing the wrong picture. It was my view that any claim for defamation against the news outlets would fail.”

The police apologized in addition to the payment, according to the Oxford Mail.

“The force would like to apologise for any distress caused by this error and reassure the public that measures have been taken to mitigate against the possibility of this happening again.”

iMediaEthics has written to the Thames Valley Police for comment.