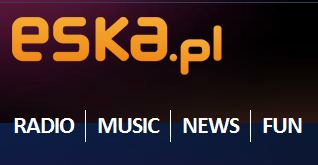 The Polish Journalists Association’s Media Ethics Council found that two Polish radio hosts were xenophobic in comments about the Euro 2012 soccer match between Ukraine and Sweden, Poland’s The News reported.

The hosts have been fired and the station has apologized, according to Russia Today and Radio Free Europe Radio Liberty.  The two hosts in question are Radio Eska‘s Kuba Wojewodzki and Michal Figurski.

Russia Today reported that some comments made included that Wojewodzki was “a real Pole and fired his Ukrainian housekeeper” and that  “I don’t know what mine looks like- she’s always on her knees.”  Figurski reportedly said “he would simply not pay his Ukrainian lady” and “if she were a bit better looking he would rape her.”

According to The News and the New York Times, Wojewodzki and Figurski apologized, and Russia Today noted that Radio Eska said “We sincerely apologize to everyone who was insulted by what was said on the show.”   Wojewodzki also published a column about the reaction to his comments.

According to The News, Poland’s National Broadcasting Council will also review the pair’s comments.

Further, Radio Free Europe Radio Liberty reported “The journalists could face up to three years in prison if convicted of insulting a person because of their race or nationality.”

The Polish Journalists Association is a 61-year-old group that calls for “reliable media information,” enforces media ethics and organizes journalists.  See here, the group’s ethics code.  Some relevant tenets of the association’s ethics code include, according to a Google Translate:

“The journalist should show respect to people regardless of their ideological diversity, cultural or moral, which does not comply with their views.”

We wrote earlier this month when the BBC defended its documentary of Euro2012 from charges of bias and sensationalism. The document reported on “racism in Ukraine.”

We have written to the Polish Journalists Association, the National Broadcasting Council and Radio Eska for more information and will update with any response.

UPDATE: 6/30/2012 9:56 AM EST: Stanisław Maksymowicz of The National Broadcasting Council’s press office told us that the council has reviewed the comments and determined them to be in “violation of Art. 18 par. 1 of the Broadcasting Act. of December 29, 1992 (unofficial English text: http://www.krrit.gov.pl/Data/Files/_public/pliki/office/broadcasting-act_10-08-2011.pdf).”

That code says: “Programmes or other broadcasts may not encourage actionscontrary to law and Poland’s raison d’Etat or propagate attitudes and beliefs contrary to the moral values and social interest. In particular, they may not include contents inciting to hatred or discriminating on grounds ofrace, disability, sex, religion or nationality.”

Possible actions include fines or a “revoke of the broadcasting license,” Maksymowicz wrote.