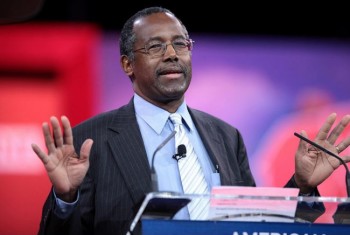 Politico reported this morning that Carson “fabricated” his claims that he was offered a “full scholarship” to West Point. The Washington Post noted today that you can’t even get a scholarship to West Point. “The school doesn’t offer anything that it calls a scholarship,” the Post reported. “Rather, students are offered admission without tuition in exchange for serving their country when they graduate.”

Carson said in his book Gifted Hands, according to the Washington Post: “I was offered a full scholarship to West Point…I didn’t refuse the scholarship outright, but I let them know that a military career wasn’t where I saw myself going. As overjoyed as I felt to be offered such a scholarship, I wasn’t really tempted. The scholarship would have obligated me to spend four years in military service after I finished college, precluding my chances to go on to medical school.”

Politico has walked back its headline a bit, to remove the claim that Carson “admits fabricating” the scholarship, as he now says he never admitted it. “The campaign never ‘admitted to anything,'” his campaign manager Barry Bennett said, Gawker noted.

Editor’s note: POLITICO stands by its reporting on this story, which has been updated to reflect Ben Carson’s on the record response. The original story and headline said that Carson’s campaign had admitted he “fabricated” a “full scholarship” from West Point, but now Carson denies that his campaign’s statement constituted such an admission, and the story and headline were changed to reflect that. POLITICO’s reporting established that Carson said he received a “full scholarship” from West Point, in writing and in public appearances over the years — but in fact he did not and there is actually no such thing as a “full scholarship” to the taxpayer-funded academy. And today in response to POLITICO he acknowledged for the first time that was not the case. Carson never explicitly wrote that he had applied for admission to West Point, although that was the clear implication of his claim to have received an offer of a “full scholarship,” a point that POLITICO’s initial report should have made clear.

CNN noted that Carson’s spokesperson Armstrong Williams said: “It’s clear that what the Politico writer, with what he was trying to gain with the headline, did not substantiate it with his article.”

Carson argued to the New York Times he remembered being told “they could get a scholarship to West Point” for him.

iMediaEthics has written to Politico and Carson’s campaign for comment.