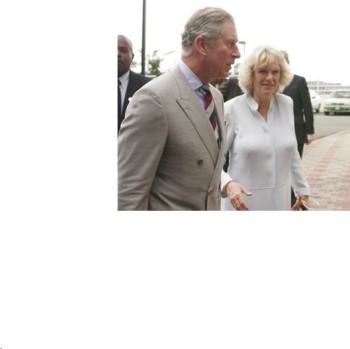 The Daily Mail decided to ignore a request from the UK royals, in part, and publish photos of Prince Charles and his wife, Camilla Parker Bowles, in their bathing suits on vacation in Australia.

UK’s Clarence House, the official residence of Prince Charles and Bowles, said in a statement, the Press Gazette reported: “The photographs were taken during a day off whilst TRHs are clearly enjoying private time. We would ask media to respect the privacy of the couple and to abide by the privacy laws which exist in the UK.”

In its UK print edition, the Mail towed the palace line by not running the pictures, instead drawing attention to the request for privacy. “The newspaper published a blank frame on Saturday with the word ‘censored’ written over it,” according to the UK Press Gazette.

But online, the Mail went ahead and showed the photographs, headlining its report: “See the pictures of Prince Charles in bright yellow swimming trunks and Camilla in a swimsuit broadcast to millions of Australians that you WON’T see them in any British newspaper.”

The Mail’s justification is that it’s “a major publisher in Australia and has therefore taken the decision to use the pictures,” its article stated.

“MailOnline is a also major publisher in Australia – the country’s fourth biggest news website in fact – and also the rest of the world and has therefore taken the decision to use the pictures, which have been widely circulated online,” the Mail‘s article said.

According to the Mail, the pictures were on Australian TV and the West Australian newspaper. Perth Now and Australia’s 9 News also published the photos, iMediaEthics has discovered. So did Australia’s Channel 7.

iMediaEthics is writing to the Daily Mail for comment.

In 2013, the UK Palace complained when Italian magazine Chi published photos of Kate Middleton, then pregnant, in a bikini on vacation in the Caribbean. The prior year, the palace also asked media not to run photos of Prince Harry naked in Las Vegas.