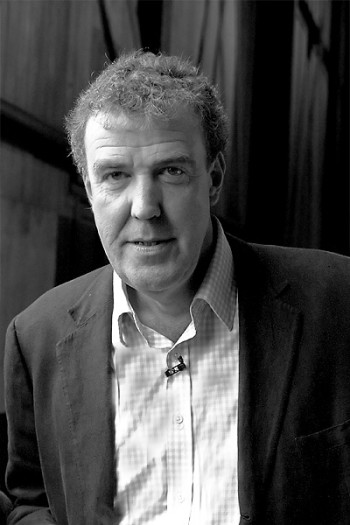 The BBC and Jeremy Clarkson are being sued by Oisin Tymon, a producer for Top Gear, the car show Clarkson hosted, Clarkson hit and verbally abused this spring when he found out there was no hot food at his hotel.

The “unprovoked physical and verbal attack” on Tymon consisted of a 30 second “physical attack…halted by the intervention of a witness” and “verbal abuse,” including “the strongest expletives and threats to sack him” as well as “derogatory and abusive language,” a BBC investigation found this spring.

But apparently, not just over the physical altercation — the £100,000 lawsuit also alleges racial discrimination. Specifically, Tymon claims Clarkson made an “anti-Irish slur,” the Sydney Morning Herald reported. According to the Irish Times, that slur specifically was ““lazy, Irish c***.”

Clarkson was fired from the BBC after a string of controversies ending with him punching Tymon in March and reportedly calling him “lazy, Irish.” Now, Tymon is suing for racial discrimination, the Agence France Presse reported.

A BBC spokesperson told iMediaEthics by e-mail: “We will be responding to this claim but will not be commenting further at this time.”

Clarkson was suspended in March after reportedly hitting Tymon, as iMediaEthics wrote at the time. It was not the first time Clarkson has stirred up trouble for the BBC. His 2011 comments suggesting that public sector workers on strike should be shot prompted more than 21,000 complaints. In addition, British broadcast regulator OfCom and the BBC Trust both have reviewed controversial comments he’s made in the past.

Tymon “behaved with huge integrity throughout” and wasn’t at fault for the incident, the BBC said after an investigation. “As a senior producer at the BBC, he will continue to have an important role within the organisation in the future.”

According to the Guardian: “Tymon officially returned to work at the BBC in May, and the corporation confirmed that he is still an employee. However, it is understood that the producer has not worked since the incident with Clarkson.”

If the lawsuit isn’t settled, “the next step will be a full employment tribunal, heard and adjudicated by three members, which would take place in the new year,” the Guardian reported.

iMediaEthics has written to Tymon’s lawyers and Amazon, where Clarkson currently works, for further comment.