Jeremy Clarkson fired from BBC after Attack on Producer, 'A line has been crossed' - iMediaEthics

Jeremy Clarkson fired from BBC after Attack on Producer, ‘A line has been crossed’ 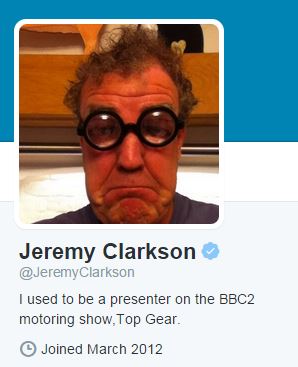 Jeremy Clarkson has been kicked off the BBC for good.

“It is with great regret that I have told Jeremy Clarkson today that the BBC will not be renewing his contract,” BBC director general Tony Hall said in a statement.

“A line has been crossed,” Hall is quoted as saying. “There cannot be one rule for one and one rule for another dictated by either rank, or public relations and commercial considerations.”

Clarkson, host of car show Top Gear, was suspended earlier this month after a “fracas” with a producer, as iMediaEthics previously reported. The BBC launched an investigation into the incident, which reportedly consisted of Clarkson hitting producer Oisin Tymon.

The incident included “a 30-second physical assault after a 20-minute verbal tirade,” according to the Guardian.  Tymon didn’t press charges, the New York Times reported.

“During the physical attack Oisin Tymon was struck, resulting in swelling and bleeding to his lip,” the incident investigator Ken MacQuarrie found, according to CNN.

Clarkson’s contract “was due to expire at the end of of March,” the Guardian reported.

Clarkson has been controversial for the BBC with his on-air comments leading to complaints to media regulator OfCom in the past. In 2011, more than 21,000 complaints were filed because he suggested public sector workers on strike should be shot, for example. And just this month, the BBC Trust ruled Clarkson wasn’t racist to use the word “pikey,” which is derogatory to the “gypsy traveller community” in a report.

Before the announcement, Clarkson said March 25 in the morning that he hadn’t “heard a thing” about his status with the BBC.

Just to keep everyone up to date, I haven’t heard a thing.

He previously thanked the viewers who had petitioned for him to be brought back. A Change.org petition has more than 1 million people calling for his reinstatement.

Many many thanks to all of the people who have called for my reinstatement. I’m very touched. We shall all learn next week what will happen.
— Jeremy Clarkson (@JeremyClarkson) March 20, 2015

Top Gear is “one of BBC Two’s most popular programmes, and overseas sales generate an estimated £50m a year for the corporation’s commercial arm, BBC Worldwide,” the BBC noted.

Jeremy Clarkson fired from BBC after Attack on Producer, ‘A line has been crossed’